Wouldn’t even be any use in an emergency

The Lib Dem leader is furious that the supposedly random system has his name down for all the major holidays for the fourth year in a row.

But four years is beyond a joke. They say Im just on call but theres always a text with an urgent reason to go into Downing Street, and then I arrive theres nobody there and I have to wait an hour in the cold for the police to let me in.

In 2013 I threatened not to turn up but they said Id lose my shift allowance.

Cabinet secretary Sir Jeremy Heywood said: It really is incredible, the way old Cleggys name comes  out of the hat year after year.

Weve got a little film we like to watch of him sitting at his desk with nothing to do, jaw clenched with frustration, missing the New Years Eve fireworks going off outside.

Still, I dont think hell have to worry about being busy next year.

Advent calendar just one more thing you’re behind on 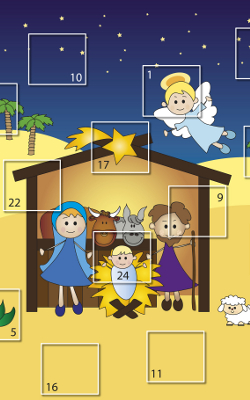 THE daily pressure of opening a door on an advent calendar is already proving too much for overworked Britons.

Can guess how it ends

Just five days into December, more than three-quarters of advent calendar owners are reporting a backlog that they fear they will never get on top of.

Contractor Tom Logan said: Im absolutely flat out at the moment, so when my mum sent me an advent calendar my heart just sank.

Im exhausted just looking for the right door, and then youre got to open it without tearing the surrounding cardboard, prise the chocolate out, make a guess about what the hell its supposed to be and then eat it.

Somewhere in there Im meant to pause while my heart is gladdened by Yuletide cheer, but who has time?

Entrepreneur Julian Cook said: Im running a business with a turnover of millions, so I think Ive earned the right not to do my own advent calendar.

My PA keeps on top of them for me, opening the doors and sending me daily emails about which symbol of seasonal joy has been revealed.

I dont read the emails.