ALEX Salmond was forced to flee for his life yesterday after the Queen set a pair of dogs on him at the end of their first official audience.

According to Royal insiders the Queen and the First Minister were cordial to each other for much of the meeting at the Palace of Holyroodhouse.

But after 15 minutes the Monarch grew visibly bored and restless and looked at her watch continually.

When Salmond refused to take the hint the Queen gave a signal and a footman released a pair of snarling Dobermans with instructions to 'maim'.

A Palace spokesman said: "The man Salmond looked pretty lively at that point and bolted for the door. He struggled with the handle and lost a large chunk of his awful Marks and Spencers jacket.

"But in the nick of time he was into the corridor, charging down the stairs and onto the concourse.

"We did laugh as he pegged it towards the gates with Churchill and Gandhi tearing after him. For a fat man he can cover a lot of ground."

Salmond then scaled the 25ft high Palace gates, before dropping onto the pavement and walking casually across the road to his parliamentary office.

The First Minister said: "It was a learning experience and the next time I'll either keep it snappy or take a packet of sausages." 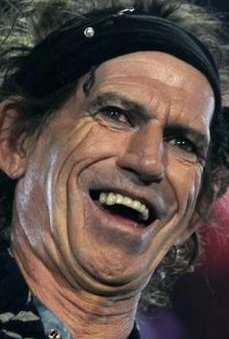 ROLLING Stone Keith Richards last night said he was "amazed and delighted" to discover he was in the latest Pirates of the Caribbean movie after attending its star-studded premiere in Hollywood.

"I was a big fan of the first two Pirates films so I was obviously thrilled to be invited to the screening and looking forward to some free JD and cokes afterwards," said the ageing rocker.

"I got off to sleep right away as normal but when I was woken up by some loud bangs I started to get this really freaky sense of having seen the film before.

"Initially, like everyone else, I just put it down to Disney running out of ideas after milking the franchise for every drop.

"But then a figure loomed into shot who looked incredibly familiar and I realised, eventually, that it was me.

"At this point it all came flooding back, and it dawned on me that the three-day party I thought I was at in the Bahamas last year was actually the Pirates’ film shoot."

Nor was this the only major revelation on the night for the famously hard living Rolling Stones guitarist. "It appears that I am also Johnny Depp’s dad," said Keith, who described himself as overjoyed at the latest addition to his family.

"Johnny is a real talent, a chip off the old block and I could not be prouder. I just wish I could have been there at the birth, or remember being there at the conception," he said.