THE Conservatives and violent criminals have issued a joint statement stating that rising crime figures are nothing to do with the loss of 20,000 police officers.

The statement, signed by home secretary Amber Rudd and a dozen leaders of UK-based crime syndicates, agrees the 20 per cent rise in gun and knife crime and slashed police budget bear no relation to each other.

Glasgow-based narcotics importer Bill McKay said: “The Tories and us both know: the less police, the less crime.

“Getting a ‘serious telling off’ from a community support officer just isn’t the same as getting properly nicked. It’s too easy now to have a lucrative criminal career.

“I’ve actually turned to paragliding to get a bit of adrenaline. I’ll probably become an instructor and just do a bit of crime at weekends.”

Woman thrilled to be described as 'low-maintenance' 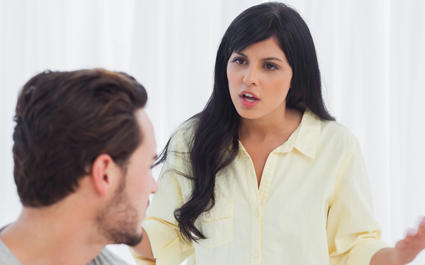 A WOMAN is overjoyed at being described as ‘low-maintenance’.

Nikki Hollis was paid the compliment by her partner because she doesn’t take long to get ready, quite enjoys watching some sports, and admits that, sometimes, when she goes to the bathroom it’s to have a shit.

Hollis’s partner Julian Cook said: “She’s just great, and so chilled out about everything, especially hygiene.

“I really love that she’s not particularly hygienic and am always telling my friends how great that is.”

Speaking from another room in the house, Hollis said: “It’s a thrill and a privilege to be described in the same way as a 2004 Honda Civic or a goldfish.

“If he does it again I will stab him with a kebab skewer.”