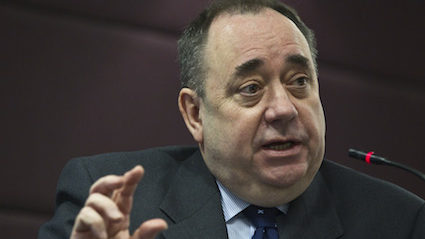 THE Scottish National Party is on course to win a majority of seats across England.

Salmond told the New Statesman: “Guildford is a certainty. Our candidate Margaret Gerving has never been to Scotland but assures me that I’m the most impressive person she’s ever met.

“We’ll take most of the seats in Devon. They like me in Devon. I met a woman there last week who was crying and so I put her gently in a headlock until she stopped.

“I was then carried through the streets of Tiverton before being installed at a boutique B&B where the prettiest girl in town helped me take a bath.”

Salmond said the SNP would win 300 English seats, 1200 Scottish seats and more than 40 seats in Bulgaria, forcing David Cameron and the Conservative Party to flee to Norway.

He added: “If the Norwegians offer them sanctuary I will use my 40 Bulgarians to bring down the government in Oslo.

“I will then invite Ed Miliband to form a government, probably in Britain. Like the people of Tiverton, he will be keen to please me.”

Matching North Face jackets mandatory for couples aged 45 and over 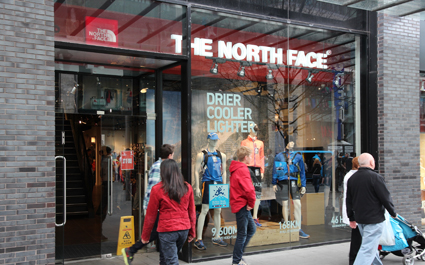 MIDDLE-AGED couples are legally required to wear matching practical jackets to even the most inappropriate occasions, it has been confirmed.

The controversial sight of 40somethings arriving at funerals wearing colourful waterproofs over formalwear can now be explained by the little-known legislation, which was introduced in 2008 but only promoted at dinner parties.

A government spokesman said: “People over 45 could not be trusted to dress themselves properly. Left to their own devices the women want to embrace age-inappropriate leopard print Pat Butcher coats, while the men sport creepy leather jackets with too many zips.

“Issuing them all with matching North Face jackets in gender appropriate colours saves everyone the embarrassment of watching them cling onto their youth, plus they’re kept warm, dry and easy to spot when they get lost in National Trust properties.”

Retired shop manager Helen Archer said: “I know this smart handbag and shiny high heels look insane with a practical outdoors jacket but I couldn’t give a fuck.

“Being free of the tyranny of fashion gives us time to embrace stereotypical middle-aged pursuits like doing our backs in trying to use a sex swing.”