A NATIONWIDE personality study has found that only 0.4 per cent of the population is not obsessed with sofas and fighting.

Researchers found that nearly everyone in the UK has a serious character affliction that makes them difficult to be around because they are either dangerous or demented.

In London there are only four people who are not technically psychopaths either in terms of narcissism or doing violent things, while in Yorkshire that number drops to one.

Professor Henry Brubaker of the Institute for Studies said: “You could gather up all the people who don’t like needless aggression, Mail Online celebrity news or out-of-town retail parks and put them together in a small hamlet. Except they would soon meet a grisly end.

“The clear message is that anyone who is even self-aware enough to worry whether they are sane should leave immediately.

The survey found that people in the Forest of Dean are friendliest but only because they are trying to lure travellers into a trap.

Salesman Julian Cook said: “It depends what you call rational. I work all week at a job I hate so that I can buy ‘designer’ shirts to wear for extreme violence on Friday and Saturday. It’s a good system.” 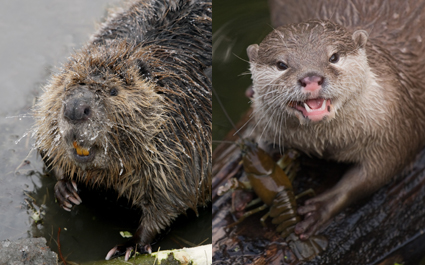 VIOLENCE between beaver and otter gangs is spiralling out of control.

Beavers have been reintroduced to river environments, prompting a deadly backlash from heavily armed otters.

Naturalist Emma Bradford said: “We knew the otters were violent but did not anticipate that the beavers had their own gangs like Dam U 2 Hell Crew, Beevs and Buck Tooth Massive.

“The otters had been moving a lot of crack and meth up and down the River Frome, but the beavers built dams in key areas and demanded a ‘tax’ to let them through.”

Gunplay ensued, with nine voles, a moorhen and an environmentalist doing a study on breeding patterns among those caught in the crossfire.

Bradford added: “I would stay away from the riverbanks even if you really want a picnic.”

However beaver M-Phibious said: “We got nothing but love. Just chewing some logs, that’s all.

“But if otters come to us then shit could get really real.”