THE second part of Scotland’s Indyref trilogy will reach audiences before 2019, Nicola Sturgeon has announced.

Following widespread acclaim for the first, in which the country’s attempt to separate from an evil empire founders tragically in its final moments, the SNP leader said they had found a ‘compelling new narrative’ for the sequel.

Sturgeon added: “We pick up just a few years later, but in a blasted, barely-recognisable landscape, like the opening of Terminator 2.

“Cameron is gone, overthrown in a coup by Theresa May and her Brexiteer drone army, and this time Scotland is fighting not just for itself but for an entire continent.

“The Cybernats are upgraded and are more intimidating than ever. Alex Salmond will play a cameo role, but we have found a dynamic young female lead. Hi.

“The stage is set for a spectacular conclusion to the trilogy in 2024. We will celebrate our victory with a huge fireworks display and dance around a campfire with some furry little Glaswegians.”

Escaped gorilla is a metaphor for me, say all Londoners 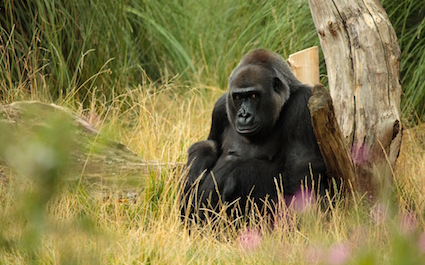 LONDONERS have told the gorilla which tried to escape from London Zoo that it is all of them, and it was doomed from the start.

Kumbuka, a Western lowland silverback, smashed through glass to escape his enclosure but instead found himself still hopelessly trapped, which millions of London residents have compared to their experience of switching from renting to buying.

Helen Archer of Walthamstow said: “God, the way he thought he was free but then found himself encircled by hostile forces is just like when I quit my City job but got headhunted back.

“And my boyfriend says the dull frustration in his eyes at being forced to share a space with others of his species he didn’t choose for the rest of his life is what he sees in the mirror every morning.

“They should really have let him get as far as the West End to munch a gourmet burger in front of an acclaimed new play while feeling absolutely dead inside.

“We are you, Kumbuka. Now shut up, get your head down, and spend hours tearfully browsing country cottages on Zoopla like the rest of us.”