Mr MITCHELL was speaking to PC ******** demanding exit through the main vehicle gate into Whitehall. PC ******** explained to Mr MITCHELL that the policy was for pedal cycles to use the side pedestrian exit. Mr MITCHELL refused, stating he was Wolverine and ‘always emerged dramatically from the main gates before cycling down Whitehall in search of Magneto’

I explained to Mr MITCHELL that the policy was to use the side pedestrian gates and that I was happy to open those for him, but that no officer present would be opening the main gates as this was the policy we were directed to follow, particularly as, after careful examination, he bore no resemblance to Wolverine whatsoever.

Mr MITCHELL refused, repeatedly reiterating he was Wolverine, adding, ‘look at my giant claws, they’ll never fit through that little gate’. My exact explanation to Mr MITCHELL was “I am more than happy to open the side pedestrian gate for you Sir, but it is policy that we are not to allow cycles, or X-Men, through the main vehicle entrance”.

After several refusals Mr MITCHELL growled, got off his bike, looked around as if he was a hunted animal who sensed imminent danger, and walked to the pedestrian gate with me.

There were several members of public present as is the norm opposite the pedestrian gate and as we neared it, Mr MITCHELL said: “Best you learn your f—— place you’re not Professor f—— Xavier Youre f—— plebs I’m Wolverine, you f——“. He then threatened me with a ‘berserker rage’.

The members of public looked visibly shocked and I was somewhat taken aback by the language used and the way a senior government official was flailing at me with his completely normal hands. I cannot say if this statement was aimed at me individually, the officers present or the police service as a whole, or whether Mr MITCHELL was hallucinating.

I warned Mr MITCHELL that he should not swear or do a ‘berserker’, saying “You do not have knives growing out of your knuckles and if you go berserk I will have no option but to arrest you under the public order act”.

Mr MITCHELL was then silent and left saying “you havent heard the last of this” before staring at me intently and whispering “berserker” as he cycled off.

I forward this to you as all officers were extremely polite to Mr MITCHELL, but claiming to be a mutant with animal-keen senses and retracting bone claws could lead to officers being left no option but to accidentally drag Mr MITCHELL into an alley and hit him repeatedly in the face with a boot.

I write this for your information as Mr Mitchells last comments would appear to indicate that he would like to slash my throat open with a speed and silence of a psycho ninja.

I have recorded this fully in my pocket book.

Clegg put in charge of the paranormal 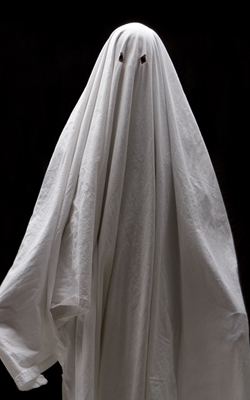 NICK Clegg has denied being sidelined by the government after becoming Minister for Paranormal Investigations.

Clegg said: I will continue to play a full and active role in Westminster politics, albeit from a field in Cornwall while searching for a stray panther.

My coalition colleagues have been 110% behind me, providing me with a complete paranormal detection kit including an old Ford Transit, a video camera and an electricians voltmeter.

They even gave me a proton pack for capturing ghosts, which is categorically not just a vacuum cleaner with a laser pointer sellotaped to the nozzle. Luckily I will be working alone, so there is no danger of crossing the beams.

Cynics would argue that the paranormal is completely made up. But thats exactly what they said to Fox Mulder.

“I showed Vince Cable a picture of some ‘orbs’ and he was most impressed.”

Clegg announced his new role at the Liberal Democrat conference in Brighton, where delegates responded by staring at his very attractive wife.