The Remainer's guide to what's wrong with this whole 'deal pathway'

BORIS Johnson claims to be able to see his way to a Brexit deal, which would leave you looking a right d*ck. Here’s how to find fault:

The easiest and most plausible way of rejecting the whole ‘pathway to a deal’ thing that’s giving everyone hope and stopping them listening to you, previously the office Brexit expert, is to assume Boris is lying. Has a 98 per cent chance of being right.

There can’t be good news. This is Brexit. Even the court victory that had you cock-a-hoop a fortnight ago achieved nothing except Parliament being pointlessly back for a bit. So any good news can only be a deceptive covering of positive headline leaves over a pit of reality spikes.

A deal would leave Britain worse off

Technically, from your perspective, no deal can be as good as EU membership so any deal is automatically wrong, even if there is that whole inconvenient ‘what the referendum decided’ business. A second referendum would definitely reverse that so no need to hold one.

Yesterday you were extolling the virtues of the gay mixed-race Irish prime minister Leo Varadkar, and wishing Britain could have a prime minister as intelligent, urbane and fair as him. Today he’s a guillible fool tricked by Boris Johnson’s seductive manner. Kn*bhead.

They’ve betrayed you. They’ve gone against the will of the people, which is for Boris Johnson to be humiliated by sending an extension letter. You’ve already booked train tickets for the protest a week tomorrow and they’re non-refundable. Johnson and Varadkar should be hanged, and you’ll pull the bloody lever yourself.

Playdates a cover for teatime piss-ups 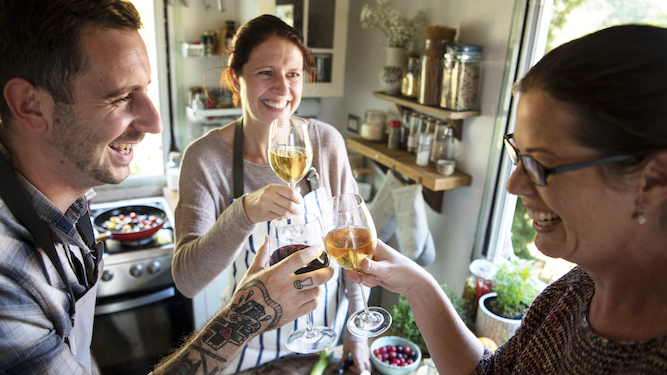 PARENTS are using playdates as an excuse to get smashed in the afternoons, they have confirmed.

On the face of it arranged so that children can have valuable social time playing together, the dates quickly end up with the kids told to put Netflix on while their parents drink wine in the kitchen.

Mother-of-two Emma Bradford said: “Jordan and Ruby love their playdates with whatever Deborah and Mark’s kids are called. And it’s great for us. We bring two bottles now.

“The kids get to socialise, and Haribo and smoothies if they interrupt us, and we get to talk, to drink, and if we get hungry we all go out for a pub meal. Emphasis on the pub bit.

“Last time we had such fun that Mark almost texted his dealer to get some blow in, but then Ruby ruined it by having a little accident after we’d all ignored her asking to go to the loo.”

“We get sweets, we play on the iPad as much as we like, we watch Deadpool 2, we put make-up on the cat, we throw stones at passing buses. It’s awesome.”