THE secretary of state for transport has been crucified at the side of the M6 by an angry mob driven insane by the deliberate closure of the road and rail network over the Easter weekend.

Lord Adonis was set upon by motorists when he left his car to stretch his legs, after becoming stuck in a 320-mile tailback between Glasgow and Rugby.

The mob staged a brief trial before scourging the minister with brambles and nailing him to a makeshift cross.

Mob participant Wayne Hayes, from Chesterfield, said: "He tried to make a run for it, but tripped over a cone.

"One guy kept giving him really nasty paper cuts with his pointless train ticket while another hung a sign around his neck saying 'Sorry for any delay'."

Mr Hayes added: "He looked pretty miserable, bit it did raise our spirits and the kids had a good time."

Meanwhile the Health and Safety Executive has issued new crucifixion guidelines for anyone planning an accurate recreation of the death of Christ over the holiday weekend.

'Oh My God! What The Fuck Is That!' Says Brown 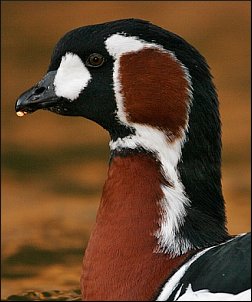 Mr Brown said the 2008 list was the longest since the 1930s and a timely reminder of why everyone should just shut up and do as they are told.

New to the top 10 is Bulgarian Goose Syndrome, which will not only wipe out British farming, but give everyone a nasty cold sore that will last for weeks.

The Prime Minister told the House of Commons: "You'll look all diseased and dirty. No-one will want to kiss you."

Meanwhile Mr Brown warned that Britain's pencils were now sharper than ever and urged pencil users to deploy 'some kind of makeshift cap, perhaps taken from an old Biro'.

The government report, Aaaaaaaaargh! 2008, also set out  the latest intelligence on fridge movements, warning that these 60cm wide appliances had now infiltrated every community in Britain.

Recommending that everyone buy a crash helmet, a gong, and a pitchfork, Mr Brown said: "Whether it be fridges, pencils or the constant threat from fanatical Bulgarian geese and… oh my God! What the fuck is that? Run! Run for your lives!"