Is Hbos Run By Scotsmen?

FINANCIAL watchdogs are to investigate malicious rumours that HBOS, one of Britain's leading banks, is run by filthy Scotsmen.

Shares in the bank plunged yesterday after unscrupulous traders claimed the 'S' in HBOS stood for 'Scotland' and that the bank had been taken over by a gang of 'arseholed Glaswegians'.

Julian Cook, a senior trader at Donnelly-McPartlin, said: "After I'd dumped £220 million worth of stock, my first thought was for the poor people at HBOS, having to cope with all those awful Scotsmen." He added: "It's worse than having a bank run by Geordies."

A spokesman for the Financial Services Authority said: "It is deeply irresponsible to suggest that a major British bank is run by dirty Scotsmen. As everyone knows the 'S' stands for 'Sheffield'.

"HBOS is run by square-jawed Yorkshiremen, who go to church every Sunday and whose cheeks are red from long, character-building walks in the Pennines and vigorous games of rugby league."

Despite official reassurances some HBOS customers have withdrawn their savings, terrified at the prospect of it being touched by stinking, foul-mouthed Glaswegians.

Alice Peters, a teacher from Swindon, said: "Oh my God, they'll steal all my money and spend it on strong lager, deep fried confectionery and sporran wax."

Tom Logan, a retired policeman from Watford, said: "I was worried the branch manager would grab me by the lapels, breathe vodka and Coke all over me, then put his arm round my neck and force me to sing We Are Sailing."

Fill Up The Boot With Cats, Say Britain's Fatties 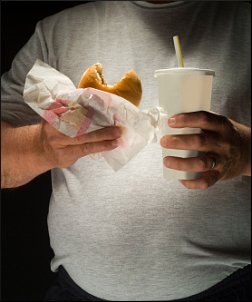 PET shops all over Britain have been besieged by fat men demanding their car boots be filled up with cats.

Bill McKay, owner of Cat-Tastic in Bristol, said he had sold out by midday as hundreds of overweight men stocked up on the latest cure for heart disease.

McKay said: "As soon as I opened the door there was all these chunky blokes, crowding round me. It was like a fat zombie movie.

"One guy reverses up in his Volvo estate, opens the tailgate and says, 'fill it until I say when'.

"At one point, I says to Lisa, 'Lisa, shut the door, or we're getting flattened in here' and she's like 'Bill I can't, this fat bastard's got his foot stuck and there's no way I can shift it'.

"So I gets a sack, stuffs in a load of Burmese and some British shorthairs and just throws it out in the street.

"One guy's got hold of a tortoiseshell tabby and he's saying to his mate 'what am I supposed to do? Stroke it, or eat it?'"

McKay added: "One poor bastard got here at four, says he's been everywhere and there's nothing left.

"I sat him down, but it was obvious he wasn't well. Next thing, he keels over. Heart attack. Took four of us to carry him out. He stank of pork."