We thought Brexit was a type of wafer biscuit, admit pensioners

ELDERLY ‘Leave’ voters have admitted they thought Brexit was a chocolate-covered wafer biscuit.

As Brexit negotiations continue to falter, pensioners confessed that they may have accidentally sealed Britain’s fate by voting for a new type of individually-wrapped snack bar.

83-year-old Roy Hobbs said: “I live alone and biscuits are a big part of my life, especially Penguins and Kit Kats.

“I thought a Brexit was probably something like an Orange Club crossed with the sadly defunct Jacob’s Trio bar, so when they asked ‘do you want this?’ I naturally said yes.”

88-year-old retired headteacher Margaret Gerving said: “I don’t long for the return of pre-war Britain, but I do want to see Blue Riband bars brought back. I thought a Brexit would be a similar type of no-frills brown oblong sold in packets of six.”

She said: “I don’t care about immigration, I just want biscuit bars that can removed from their packaging and pointlessly displayed on a plate, and to stop cats coming in my garden.” 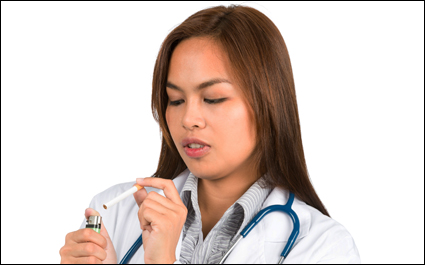 ALIEN creature Donald Trump has dropped its human being disguise while on holiday.

The squid-like extraterrestrial Trump, which spends most of the year encased in a fairly realistic latex man-suit, hopes to relax and stretch out its tentacles during a 17-day golf break.

Trump said: “It’ll be great to just step away from it all and float around in a special tank of chemicals designed to mimic the purple seas of my home planet.

“Occasionally aides will lob in a live calf or homeless person as a snack, otherwise I’ll just be kicking back with a John Grisham or slithering around a golf course.

“It’s a much-needed break as I’m under a lot of pressure from work. I’m supposed to destroy human civilisation by 2019 so that my species can come and harvest the planet’s natural resources.

“Damn I think that was supposed to be a secret. But everybody’s guessed by now anyway.”