‘What is ‘Brexit’?’ asks David Davis 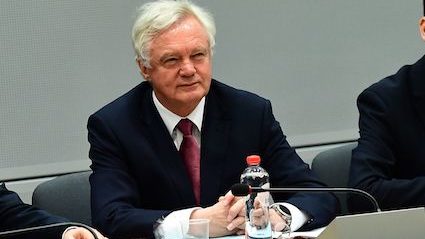 BREXIT secretary David Davis has denied ever having heard the word ‘Brexit’ before and has asked somebody to explain it to him.

Speaking to a Commons select committee, Davis said that it sounded like a made-up word, perhaps for a new kitchen device.

He continued: “Leaving Europe? I hate to contradict you, but that’s a geographical impossibility.

“Exiting the EU? Yes, that is the name of the department I represent, but it’s nothing as brutish as you imply. I think it’s meant to be ‘Exciting the EU’, but the ‘c’ fell off.

“Michel Barnier was my pen-pal from school, that’s why we’re meeting so often. So much to catch up on. He really is marvellous company.

“I’m sorry, I’m not familiar with the novels of Dan Brown, but Triggering Article 50 does sound like a good one. I must read it.”

Davis added: “I am a principled politician concerned about the erosion of civil liberties, who you remember from 2008. There is no so-called ‘Brexit’. There never was.” 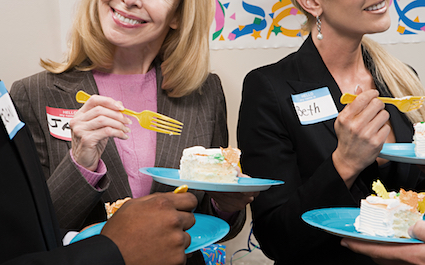 EVERY member of staff in an office appears to be dangerously obsessed with cakes, a new employee has claimed.

Tom Logan, who joined Beckworth Accounting in Worcester last week, discovered that all traditional work activities have been displaced by the consumption of sweet desserts.

Logan said:“On my first day I was asked when my birthday was, then I was told I’d have to bring cakes in that day while it was marked on the calendar. I hadn’t even sat down.

“People are constantly bringing in boxes of cakes or donuts, at which point everyone rushes to their desk like feeding time on a farm, and at meetings they have eclairs.

“Fridays are the worst because they all go to a posh cake café called ‘Patisserie Exquisite’, where they finally order the cakes they’ve been discussing all week.

“They’ve got unprocessed orders going back to 2014, all covered in grease spots and crumbs. I was trying to deal with them but Pete brought me a fresh strawberry mille-feuille.”

Colleage Joanna Kramer said: “I quite like Tom, but I’m not really sure he’s on the same page as us about cake.”