What's your pathetic excuse for voting for Boris Johnson?

DESPITE widespread agreement that he’s a lying twat, millions of people still intend to vote for Boris Johnson. What’s your depressing justification?

It’s not entirely clear how immigrants are harming the average Brit. But that’s what it’s about, isn’t it? As Brexiters like to say, ‘We’re full’. Yes we are. Of disingenuous kn*bheads pretending it’s not about immigrants.

If you believe Boris Johnson on the NHS you may as well believe in anything, eg. a six-foot rabbit is coming to buy you a house and he’ll look after the kids with a delicious but healthy meal on the table every day at 6pm. Thanks, imaginary giant bunny! You’ve got my vote!

The evil clown Pennywise from It is fun. He’s spooky, deranged and says moderately amusing things. However you probably wouldn’t want Pennywise to run the country. Unless the other option was Jeremy Corbyn.

Tories are good at the economy

If you believe this: f**k off. Without an in-depth discussion of Keynesian economic orthodoxy, which no one wants in the morning, every indicator suggests Tories are not very good on economics. It’s like saying murderers are great at managing end-of-life care.

Jeremy Corbyn’s failure to connect with the electorate could be debated, or indeed go on, for about 200 years. Is he worse than Boris? No.

Freedom of speech on campus and golliwogs and whatever

If your only points of reference are propaganda from the Sun and Telegraph then you are totally right to vote for this idiot, and cannot be challenged.

Uruguay easier to get to than other side of London 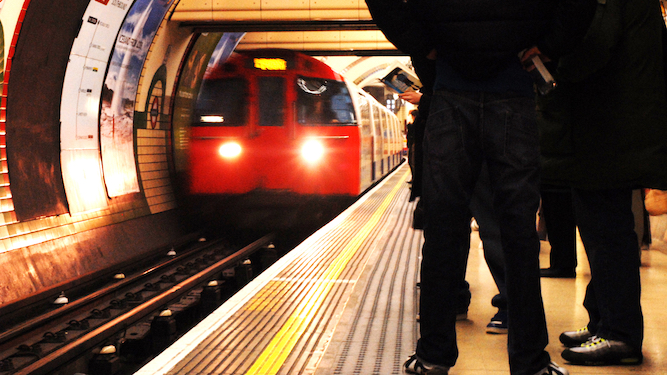 A LONDONER has explained to friends that it would be easier to attend a party in South America than theirs on the other side of London.

Ellie Shaw, who lives in Caterham, was invited to a friend’s Christmas get-together in Winchmore Hill even though reaching it would basically take a week.

She said: “Uruguay? Train to Heathrow, flight to Madrid, flight to Montevideo. I could be there in 18 hours.

“From where I live to where Jayne lives? Waiting 40 minutes for Ubers that keep cancelling when they’re within five minutes of me, a dash to the train station interrupted by police cars stopping a madman, then my Oyster card says ‘94 SEEK ASSISTANCE’.

“Then a four-change train journey, ending with an unsettling overground train with oddly patterned seat covers, then I stride out of the station in the wrong direction but I can’t do a U-turn without looking like a tourist.

“After that there’s only a walk down a long and unfamiliar street, lit only by Google Maps on a dying phone, then I’m there, there’s no-one I fancy and I have to do the whole thing again in reverse.

“I’ve told Jayne if she really wants me at her party, I’ll Facetime in.”