ARE YOU a Brit living abroad but apoplectic with rage about foreigners living in the UK? Here’s how to convince yourself there’s a difference.

Immigrants are lazy scrounging bastards who make the UK worse, whereas Brits boozing on the Costa del Sol improve Spain simply by their innate values of justice and fair play. Eighty ex-Empire nations will disagree, but they’re just bitter.

You don’t mix with the locals

As expats you’re proud of your thriving community, drinking at the Only Fools and Horses bar and buying Marmite from Jean’s English shop. Immigrants, meanwhile, suspiciously keep to themselves, talking their own language and importing their unpleasant foods. The two couldn’t be more different.

Immigrants only come to Britain to take advantage of Britain by going to our universities and working in our hospitals. Expats moved to France for big cheap farmhouses, sunshine and cheap wine, which is only fair because they’ve worked hard and deserve to enjoy their retirement.

You don’t expect everything for free

Unlike immigrants, who only come to the UK to get free houses on luxurious British council estates, expats pay taxes and don’t expect anything for free. Apart from healthcare, which given that many are on their third heart attack can be substantial, but that’s different in principle.

You’re not a bloody foreigner

The ultimate trick of being an expat rather than an immigrant is to perform a special type of cognitive dissonance that stops your brain from recognising that anywhere outside of the UK you are a foreigner. Even though it doesn’t make sense you must always remember: you can never be a foreigner because you’re British. 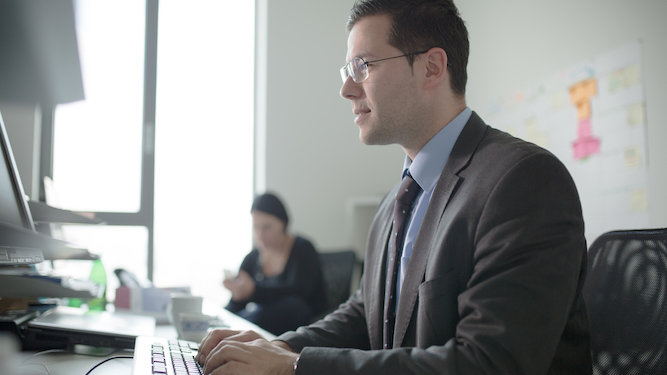 A COMPANY’S human resources department has emailed all employees asking them, while not saying it outright, not to black up.

The email went out to every member of staff at Cheltenham’s KCLS Accounting, reminding them of their responsibility to represent the company by not, for God’s sake, wearing any obviously racist costumes.

Client manager Tom Logan said: “It began by reminding us to drink responsibly and plan how we’d get home, then it was all ‘don’t do anything that could be construed as offensive’ and ‘what may have been fine 20 years ago is not today’.

“It strayed off into ‘observing each others’ boundaries’, but then crashed back into ‘respecting other cultures’ and ‘avoiding crossing certain lines’ and ‘what goes on social media is not private’.

“I thought it was a bit heavy-handed, to be honest. I mean, what kind of idiot would do that in this day and age? But I suppose they have to be sure.”

Managing director Martin Bishop said: “I haven’t read the email. I’m going to the do dressed as Lionel Richie. It’s going to be absolutely hilarious.”