Worried Britons notice opposite of everything May says is true

THE exact opposite of anything Theresa May says is correct, concerned Britons have realised.

May claimed Brexit will make the UK more united, sparking fears that she lives in a delusional fantasy world where grass grows on clouds.

Office worker Tom Logan said: “I don’t see how we’re more united if Scotland is trying to leave and half the population thinks the other half are gullible racists or liberal ponces.

“May also said we’d cut red tape and become a great trading nation, but we’re employing loads more civil servants and it turns out all we’ve got to sell is Reggae Reggae Sauce.

“Maybe she’s got a rare neurological disorder, like in The Man Who Mistook His Wife for a Hat. So if she tells you it’s a lovely sunny day, it’s actually pissing with rain and the middle of the night.”

“Also she thinks her weird clothes make it look as though she’s got a personality, when really she just looks like Servalan out of Blake’s 7.” 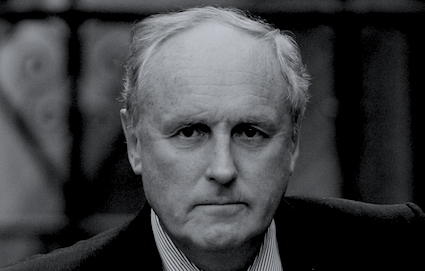 DAILY Mail editor Paul Dacre insisted his ‘legs-it’ front page was ‘a bit of fun’ in a voice that made everyone think of a derelict Victorian hospital.

Dacre, his pale grey face chiselled with long years of paranoia, desperation and loathing, said: “I’m just trying to cheer everyone up.

“Because I am a people person.”

Urging everyone to look into the endless, pitch black tunnels of his eyes, he added: “Trust me. I know fun.”

After looking at the Mail front page, reader Jane Thompson said: “I am forming an opinion about who has the best legs between Nicola Sturgeon and Theresa May.

“And now all I can hear is a relentless, howling wind. I think I need to move to Denmark before it’s too late.”