‘You were too soft on them,’ May tells portrait of Thatcher

THERESA May has told the portrait of Margaret Thatcher that hangs in her living room that she was too kind-hearted.

May assured the oil painting that she will not make the same mistake of sparing her enemies.

She said: “Of course it was a different time, I understand that. The church was still powerful and belief in the sanctity of human life was regrettably widespread.

“I suppose that’s why you allowed Heseltine to survive, even though castrated, and why you reluctantly withdrew free school milk instead of your original plan to… change it.

“Your compassion was your biggest failing. I won’t let sentimentality stay my hand, like you did. The parts of my brain that feel empathy were burned away long ago. 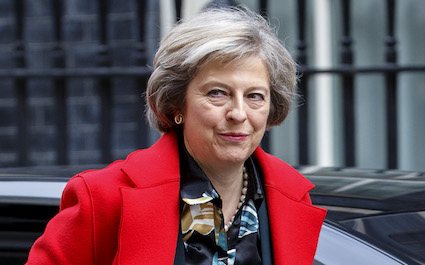 For the avoidance of doubt, let me tell you how it’s going to be.

Education: Two simple little words – ‘corporal’ and ‘punishment.’ But why use a limp-wristed cane when you could use a housebrick stuffed into a football sock? Private schools are fine. They produce nice, polite boys. I like that.

Defence: I like soldiers. I like it when they march, because it means they’re doing as they’re fucking told. Expect a lot more of them. Marching.

Welfare: That tattooed lesbian chef on the Guardian seems to manage just fine.

Economy: Get. A. Fucking. Job.

Immigration: It’s an audition. Next!

Alcohol and tobacco: Four pints and 20 fags a day. But that’s just me. The rest of you can do what the fuck you want.

Environment: I like setting fire to things. Moving swiftly on…

So there we are. Now some of you may say I sound ‘a bit like Margaret Thatcher’. Bullshit. She was a headmistress and I am the Empress of You Shutting the Fuck Up.