Quiz: Can you tell which of these statements is a Tory lie?

THE Tories appear to have dispensed with telling the truth, so can you distinguish their lies from fact? Take our fun quiz and rate the following statements true or false.

1. Jeremy Corbyn has 20 mice living in his beard. Worse, he has named them after his terrorist buddies, eg. ‘Osama’, ‘Gerry’ and ‘Palestine Liberation Organisation’, which is admittedly a strange name for a mouse.

2. Tory party chairman James Cleverly is so named because he is incredibly clever and not a complete idiot as he appears. He is so clever he regularly beats chess grandmasters and has invented an anti-gravity drive.

3. The Conservatives have built 2,500 new hospitals which can reverse the ageing process and make you 20 again if you are a retired older person. Sadly none of them will be open until 13 December 2019 so you can’t book in right now.

4. If Labour get in their first act will be to put the SNP in charge and call the country ‘Greater Caledonia’. Do you want porridge on your chips? NO THANKS, JOCK!

5. Boris’s Brexit deal is so good that Germany and France are also planning to leave the EU. In fact the entire continent is grateful to us for their first glimpse of freedom since 1945. The deal, incidentally, will boost UK GDP by a remarkable £690 billion a day.

6. The Conservatives are the only party that will stop the BBC banning Dad’s Army because millennial snowflakes cry when they see a gun.

How did you do?

The correct answers are:

1-6: All Tory lies. However Tory voters won’t give a sh*t because most of them would be happy to believe the sky is green and the grass is blue if it means ‘getting Brexit done’.

A six-point guide to the Labour Manifesto 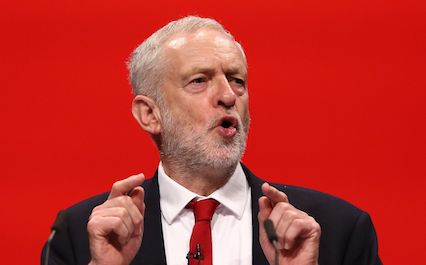 CRITICS call it ‘the longest passive-aggressive note to housemates in history’, but what is actually in Labour’s Little Red Book?

3. Renewing Trident nuclear weapons system and this time parading it around for everyone to enjoy, perhaps through a big square.

6. Remaining 42,000 words cut and pasted from Das Kapital and Charlie and the Chocolate Factory.