Starmer sacks Angela Rayner's boyfriend so he can be her boyfriend

KEIR Starmer has sacked his deputy Angela Rayner’s boyfriend and suggested that perhaps he could step in on an acting basis.

The Labour leader dismissed Sam Tarry, shadow minister for buses, for un-Labour activities including supporting striking workers on a picket line, then offered to fill the vacancy in a dual role.

“So anyway, no room for loose cannons on my front bench. Everyone and everything needs to be tightly tied down. Which brings me to my next point.

“Obviously you can’t be romantically partnered with Sam anymore, since he’s not even a junior minister. But nor is it appropriate to have a single woman in my leadership team, so how about it?

“I’ll step in, steer the ship, I’m the captain while you’re my flame-haired consort beside me at the tiller, etcetera. Sharing a cabin below decks, all that. I’ve used metaphors here but I am proposing a full sexual relationship. Shall I put a tick in the box next to that?”

Rayner said: “This is the weirdest come-on I’ve ever received. And I work in Westminster. With the Tories.”

How not to chat up a woman when you're horribly pissed 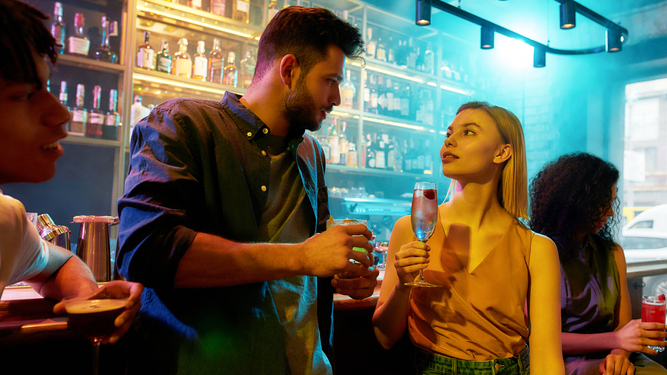 ALCOHOL makes you better-looking and more interesting – that’s just a scientific fact. Yet somehow women don’t always fall into bed with you after nine pints. Here’s what to avoid.

Losing all sense of relative attractiveness

You can definitely pull that tall, stunning blonde in the skintight leather trousers who exudes sexual confidence, right? No. The brutal truth is you don’t stand a chance in this admittedly unfair situation. It’s like Lady and the Tramp. Only the Tramp has mange. And rabies. And he’s been pancaked by a truck.

Slurring your words and swaying

Obviously people in a bar or pub are going to drink alcohol. So why are women so picky about not going home with someone who can barely speak and may have a drink problem? Maybe next time don’t drink so much your jaw hangs open and you have to remember to close it.

When slightly nervous, it’s easy to blurt out the wrong thing, for example: ‘I was buying a new mattress earlier.’ It’s true, it’s been on your to-do list for ages. But the context was wrong. Alcohol makes you babble away randomly, so you’re likely to say ‘I saw The Accused the other night. Great film’ when an obvious safe choice with a woman you don’t know would simply have been ‘The Batman’.

Impressing ladies with your dance moves

Dancing is a rare skill, and you probably can’t do it. However alcohol disagrees. When you start ‘dancing’ like a sweaty Lego person – usually a strange marching action and lurching from side to side – any slim chance of pulling will evaporate. Especially with your ‘rave’ moves, ie. waving your hands in front of you as if you’ve suddenly and tragically gone blind.

Very few women are girly girls entirely obsessed with clothes and make-up, but you’ve strayed too far from female-friendly conversation if you start saying thing like ‘There’s a lot more to Warhammer than people think…’ or ‘I saw a Jagdpanzer G13 Hetzer at last year’s Bovington Tankfest. Stunning.’ You may as well ask if they’re into collecting wild birds’ eggs and torture horror.

Futilely dragging the night out

If your attempts at pulling in one venue fail you try somewhere else. Thus the diminishing returns begin as you trog from one overpriced bar to another, getting drunker and less likely to pull each time, while female revellers call it a night. Which is wise considering it’s just drunk guys who are so knackered their best conversational gambit is: ‘So, d’you like Pointless?’