THE Tory leadership contest will soon be decided by the white, retired grassroots. So who are these key voters? Here party members Roy and Barbara Hobbs describe a typical day.

6.30am. Get up unnecessarily early and start drinking tea. Refuse to turn the television set on in case Channel 4 are still showing sex films, whose disgustingness you can only imagine. Imagine them intently, staring at the blank screen with mounting fury.

8am. Have a non-woke breakfast of fried bread, eggs, sausage, bacon and black pudding, just to annoy our do-gooder children who keep nagging about our cholesterol levels. We never had cholesterol in the 1950s and there weren’t all these druggies then.

10am. Daily Express arrives. ‘43 DEGREE SCORCHER, TIME TO BASK IN THE SUN!’ it says. Do so, minus sun tan lotion and if doctors don’t like it, up yours, doc!

Midday: Drink a gallon of water to slake our inexplicable thirsts. Then put 20 more gallons on the lawn with the hose. No eco-fascist is ordering us about. Not that they ever have. But they will. All this recycling is like Nazi Germany.

2pm. Go for a walk by the canal. It probably used to have loads of wonderful statues. We’re not sure – we only took an interest after the lefties started tearing them all down. If there were statues it’s disrespectful to our country and they should be shot.

4pm. Roy goes upstairs with binoculars to examine the young woman next door, who sunbathes if it’s hot. She needs to be kept under surveillance in case she’s committing benefit fraud. Everyone’s at it these days.

6pm. Turn on the news on the Bra Burning Communists. That’s Roy’s hilarious joke name for the BBC. It’s a woman newscaster, naturally, who only got her job through quotas. Nicholas Witchell is the only one with any respect these days. Shame he looks like a naked mole-rat now. It puts you right off your rich tea biscuits.

8pm. Midsomer Murders on ITV3. A reminder of a more gracious England, in which there were no strikes or demonstrations, and we settled our differences discreetly by poisoning each other.

10pm. Time to follow the leadership contest. Sunak or Truss? Truss reminds us of Margot in The Good Life. Sunak reminds us of the charwallah in It Ain’t Half Hot Mum. We both agree Liz wins hands down.

11pm. Bedtime, but first we pray to God for guidance on the leadership contest. God says to vote for the one most like Thatcher and ignore the teachings of Jesus because he was a sandal-wearing communist. Thank you for your guidance, Lord. Jesus must have been such a disappointment to you, just like our own children. They work in the arts. 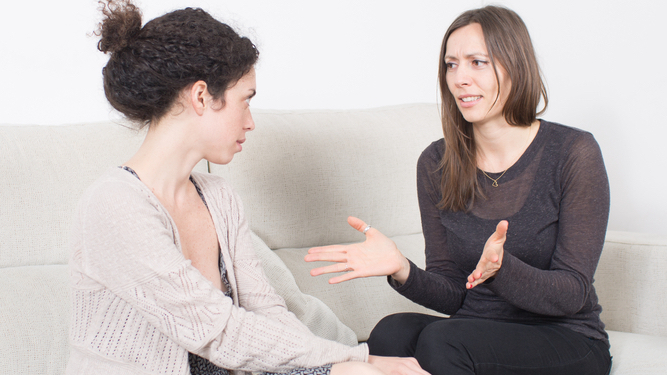 GETTING dumped is shit, but almost as shit for the poor friends who are obliged to be there for you afterwards. Here’s how to make them lose the will to live.

Moaning about your ex gets boring fast. They cheated, they’re a f**ker, your friends get it. They got it the first time you whined all the way through The Batman. Now you’re about to shit all over poker night and quiz Tuesday. Anything you’ve left out? Oh yes. Karaoke and Steve’s birthday too.

You still love your ex

Don’t forget to alternate your anger with irrational monologues about how much you still love your ex. Your friends have listened to your actual heartbreak, now they’ve got to sit through unrealistic moping about a relationship that’s dead as plesiosaur. If you had any decency you’d hand them headphones and a range of podcasts when you start droning on.

Seems reasonable – until you start doing it on a loop. There’s nothing like overly-upbeat speeches about how great it is to be alone every 15 minutes to make friends want to tear their ears off to avoid listening to your false happiness.

Beg to be set up

If you really want to test your friends’ patience, insist they set you up with someone new right away. Yes,  of course you’re ready to move on. When the date rolls around talk incessantly about your ex all night. Or if they clearly like you, sleep with them then say it was a mistake – caused by your ex, who you still love, and so on and so on.

After putting your friends through 10 days of sympathy and ‘cheer you up’ drinks, suddenly announce you’re getting back with your ex – the person you wanted to hack the genitals off and burn alive just days before. You have also set yourself up for zero sympathy when the bastard/bitch inevitably cheats on you again.