What sort of idiot voting against your own interests are you?

ARE you planning to vote for an election candidate whose stated policy is to screw you over? Check to see if you’re one of the following idiots.

Reason will not be influencing your decision. Do local seagulls get on your nerves? Are lamb chops annoyingly expensive these days? Vote Tory or Brexit party in a totally random act of protest.

You believe bad things only happen to other people

Your view is basically that you don’t get ill very often, and even then it’s usually just a cold, so the NHS doesn’t really matter. Luckily your magical immunity to bad things also extends to Brexit, so it will only be other losers heading for the Job Centre.

Not being in love with The Bearded One is totally understandable, but maybe it’s worth gritting your teeth and giving his policies a shot? It’s like a medieval peasant saying: “I fully support Robin Hood’s redistributive taxation policies but I don’t like his beard, all that showing off with a bow or his fancy metropolitan elite green tights.”

Boris is your mate

Alexander de Pfeffel Johnson is not your mate, even if he waved at you vaguely from 50 yards away during an election walkabout. If you were his mate, he’d be on the phone helping you duff up a journalist who’s upset you.

You use the opposite of common sense

Is your main concern your crummy local bus service? Obviously you should vote for a party that’s shown precisely zero interest in local services. The Brexit Party is ideal because they don’t have policies on anything.

Wetherspoons to be given Carlisle if Conservatives win 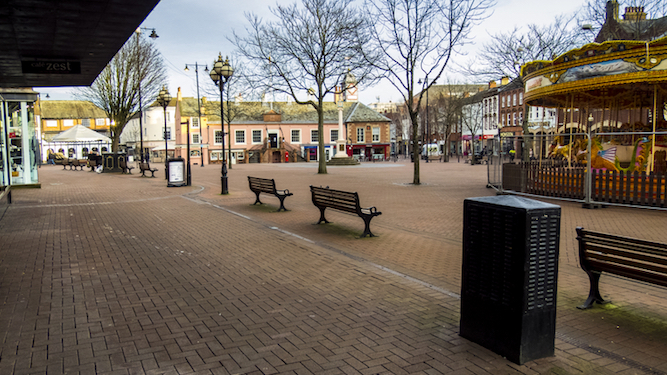 BORIS Johnson has pledged the city of Carlisle to Wetherspoons to thank boss Tim Martin for his Brexit campaigning.

If the Tories win the election the city will be taken over by the pub chain, with residents banned from playing music but given unlimited access to cheap beer with a very short shelf life.

Wetherspoons boss Tim Martin said: “When the Tories win we will rebrand Carlisle as The General Elphinstone, a great British hero like me.

“We’ll cover the whole place in carpet that looks like a magic eye, put 100 fruit machines that never pay out in the town square, and make it really busy with an aroma of toilets.”

“I suppose I should be annoyed that they’re giving blatant bribes, but to be honest all I care about is cheap beer and a vague notion of Brexit. I drink in Wetherspoons.”