England 'can win World Cup if you're pissed enough'

THE England team has a very good chance of winning the World Cup if you have consumed enough alcohol, it has emerged.

Although England was not initially expected to claim overall victory, supporters have discovered their team’s ability massively increases once they are pretty shitfaced.

Fan Roy Hobbs said: “At first I thought, ‘nah, not a chance’, but now I’ve drunk eight pints of strong lager I reckon they can do it. It’s like 1966 all over again.

“I was clearly underestimating our invincible national team while sober. All I have to do now is remain completely bladdered until the end of the final and victory is in the bag.”

Fellow supporter Donna Sheridan said: “We can easily beat teams like Germany and Brazil. All we need is a bit of luck, like all their best players somehow falling and breaking their legs on the same day.

“That could happen. It could. Are you going to the bar?”

Former England player and soccer pundit Tom Booker said: “I’m afraid we have to be realistic about England’s chances, and in reality we might only beat Germany 10-nil in the final. D’you know where the toilets are?” 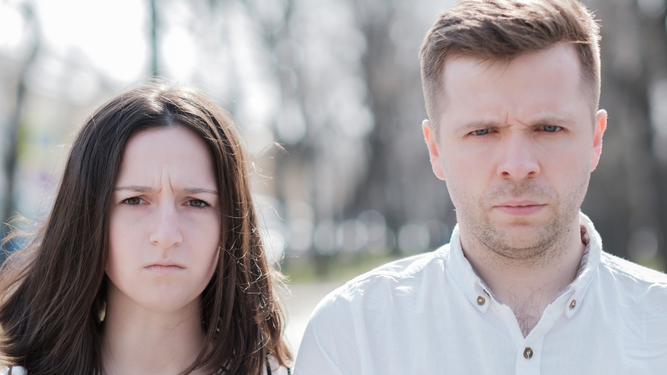 A MAN who thinks it would be cool to have a ‘polyamorous’ relationship gets jealous and possessive when asked to share his crisps.

Office worker Nathan Muir has claimed monogamy is unnatural and he is evolutionarily hardwired to have sex with multiple women, despite only having slept with three of them in his life.

Muir’s partner Nikki Hollis said: “Nathan says he could handle me sleeping with other people, but when I asked for some of his pickled onion Monster Munch the other day he got really annoyed.

“I don’t think he’s thought this polyamorous relationship thing through. He seems to think it just means he can shag around and that’s all there is to it.

“But considering how tetchy he gets about other people dipping into his Frazzles I don’t think he’d be able to cope with me having amazing sex in our bed with a string of serious or casual lovers.

“With a bit of luck he’s just having another phase, like when he got obsessed with Breaking Bad and wanted to retrain as a science teacher.”

Muir said: “Me and Nikki having lots of different sexual partners sounds really hot. Hey, did you just have one of my kettle chips? Fuck off, there’s only six left.”