England fan touching objects to check if they're real

AN England fan is unable to believe the world truly exists if it is one where England won a European Championship quarter-final four-nil.

Jordan Gardner of Warwick keeps looking around sharply to catch glitches and poking things to see if they have solidity in between checking reports of last night’s game.

Girlfriend Grace Wood-Morris said: “I came in the room and he was flicking the light quickly on and off, because apparently that doesn’t work in dreams.

“I explained this wasn’t a dream, that England were through to the semis after scoring four against the Ukraine, and he told me that was against all the physical rules of the world we knew.

“He cited as proof our five clean sheets in five games, then grabbed my face and said ‘Quickly! Tell me something I wouldn’t know Grace knows!’ I told him f**k off.”

Gardner said: “England? Looking like they could actually win this shit? It can’t be real.

“I called my Scottish mate Andy and he agrees completely, but no matter how much he pinches himself he just can’t wake up from the nightmare.” 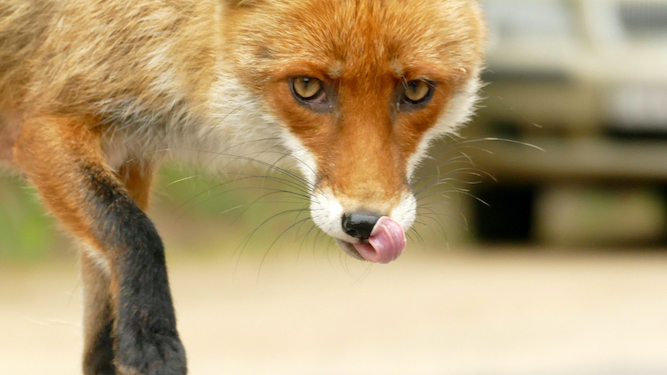 EVEN if you live in f**king London, you can still witness the majesty of Mother Nature all around you. Look out for these wonders:

Nature’s ingenuity knows no bounds and seagulls strive to find food sources wherever possible, for example from tourists foolish enough to wander near the Thames openly eating chips. The sight of a confused American being assailed by dozens of gulls is one of the sublime sights we look forward to post-pandemic.

Foxes are the ultimate nocturnal scavengers, and kebabs are the ultimate foodstuff drunkenly purchased at 2am before being dropped in the gutter. Half-eaten doners pepper London’s streets at night, and foxes ensure they are gone by morning. A wondrous part of Mother Earth’s perfectly balanced eco-system.

Rat in a tube carriage

One of the wildest sights in London is an entire tube carriage shrieking in unison when they realise a rat has snuck aboard and is commuting alongside them. It will spark disgust in humans who naturally fear disease, but sometimes a rat needs to get to Finsbury Park in a hurry as much as anyone else.

A dozen stray cats behind a takeaway

While cats may not live in social packs like dogs, they abide by a strict hierarchy. And there is no sight more awesome than seeing a dozen strays, all living in an alley behind a KFC, battle it out for supremacy and first dibs on a wheelie bin full of rancid popcorn chicken.

Though distressing, death is a vital part of nature. The sight of a dead pigeon on the road may be gruesome, but it will soon become part of the food chain and host to vital micro-organisms. At least until someone from the council comes and chucks it in a bin.