England unveils brilliant new strategy of not playing anyone good

GARETH Southgate has revealed his plan to get England to the World Cup final by only playing the weakest opponents.

Following the team’s deliberate loss against Belgium yesterday, Southgate confirmed a complex strategy to get to the final by avoiding Brazil, Portugal, Uruguay, France and Belgium again.

Southgate said: “Losing was great because it means we’ll play teams like Sweden instead of Brazil. Now we’ve just got to ensure everyone we play against is rubbish and the trophy’s pretty much in the bag.

“I’ve been lobbying FIFA to let piss-poor teams like Tonga back into the tournament, so we might play them. It’s a bit unusual but I think countries like Samoa, Afghanistan and the Faroe Islands deserve a second chance.

“I’m also asking for a change in the rules so that countries that begin with ‘B’ have to put forward a school football team. I really fancy our chances against a load of Belgian 12-year-olds.

“Spain have just sacked their manager so when we play them I’ll offer to manage both teams and instruct them to just stand quietly by a corner flag for the entire match.

“There’s still the problem of a good team in the final, but we’ll take them out on the piss the night before. We’ll secretly drink alcohol-free lager but they’ll be hungover and we’ll score while they’re being sick in the toilets.” 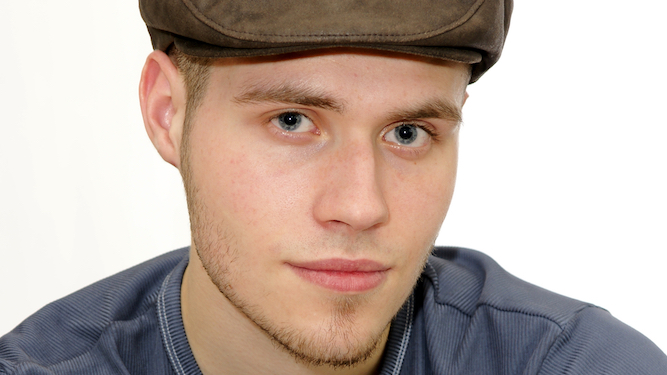 A FILM studies graduate cannot believe cinemagoers simply enjoyed a film that was entertaining and fun without being an intellectual twat about it.

Nathan Muir reluctantly saw superhero movie Black Panther with friends at a multiplex in Norwich, an experience that left him “artistically nauseated”.

Muir said: “The audience just sat there like idiots enjoying the action sequences and laughing at the funny bits. None of them seemed to be analysing the cinematography or mise en scene.

“It’s almost as if they just wanted to switch off their brains after a long week at work and enjoy themselves rather than sit there taking notes so you can sound clever afterwards.

“At one point I thought I recognised a nod to Italian neorealism but it was just a fat man standing in front of the screen as he went to buy another bucket of Pepsi.

“You wouldn’t get that at my dingy art cinema where everyone sits in silence thinking about how they’re going show off with their knowledge of narrative symmetry afterwards. That’s how you enjoy a film.”

Muir now intends to “cleanse his palate” by seeing a near-unwatchable Japanese independent film about a doomed love affair told through the eyes of a mosquito.