England vs Ukraine: the drinking game

THE match tonight needs a drinking game, and it can’t be based on goals because England have only scored four in three weeks. Use these rules:

Neither players nor crowd sing the national anthem: sip beer
It kicks off slowly and nothing exciting happens: finish the beer
Nothing continues to happen: sip the next beer
England win a corner and Jermaine Jenas acts like it’s a penalty: finish the beer
Close-up of fat bloke in crowd looking worried: swig beer
Half-time arrives without any goals: go out for a fag and consider switching to vodka
England score: open the prosecco and pour everyone a glass
Ukraine immediately equalise: swig prosecco straight from the bottle while staring affronted at the screen
You miss a goal because you were in the kitchen getting a beer: chug bottle of beer
Grealish comes on: finish whatever drinks are at hand out of sheer spontaneous relief
England win a penalty: miss your mouth with whatever you’re drinking as Kane misses the goal
Guy Mowbray says ‘Of course, it’s too early to think about the next game’ and proceeds to do just that: disgusted swig as you try not to imagine it
It goes to extra time: send someone to the Co-op to get more beer
Harry Maguire goes right in on some Ukrainian player: sip port while murmuring ‘a forthright challenge, but well within the law’
Mykola Matviyenko goes right in on England’s child-saving hero Marcus Rashford: drain your port in outrage while shouting obscenities
An England player gets sent off: do a double whiskey
A Ukrainian player gets sent off: do a double whiskey, because we rarely tend to profit from these situations
Ten minutes of extra time left and it’s going to be penalties: open the absinthe and apply liberally
Penalty shootout: tequila shot for every single one
The next morning: wake up downstairs with no clear idea who won

16 aggravating things your mum will say during tonight's England game 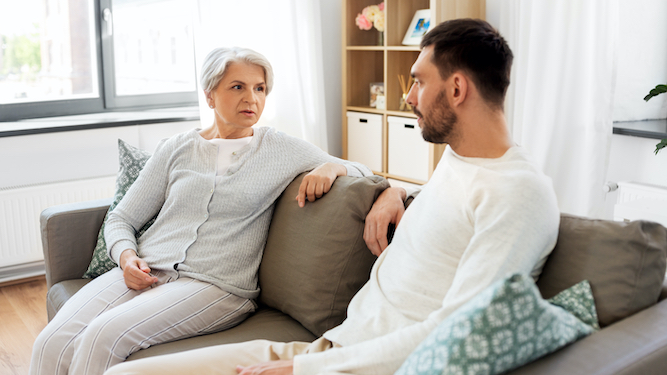 TONIGHT’S game will be repeatedly interrupted by your mother, who last watched football in July 2018. This is what she’ll ask:

Why are they kneeling? Black Lives Matter? But why are they still doing that now the policeman’s gone to prison?

I preferred it when Gareth Southgate used to wear the waistcoat. He looked smart. My dad used to wear a three-piece suit when he was working for the old Electricity Board, and that’s how we could afford the Morris Traveller.

It’s a shame it’s only the Ukraine. You’d think in a big match like this we could play against someone more prestigious.

Am I right in remembering if it’s the away end the goal counts double?

I’ll tell you who I used to like. Derek Parkin. You must know him, big-nosed fella, used to play for Wolves. I met him in a hotel once near Loch Ness and he was ever so polite. A real gentleman. Ooh, was that a goal?

I don’t know why they bother with offside. They should abolish it for both teams at the same time so it’s fair.

That story about Gary Lineker’s nonsense. You know the one. Having that ess-aitch-eye-tea on the pitch. Well he never did. He made it up to seem more like a rock wildman. And he should keep his nose out of politics.

They never had the Ukraine back when I remember. Now they’re in this and Eurovision. They shouldn’t be allowed to make countries up.

All these tattoos. They just look like fairground workers to me. I told you when you got yours you’d regret it.

They all used to have a big bath together after the game, I liked that, and they’d have a drink in it and hold the cup. Now they’re too cool and have ice baths instead.

Is this on much longer? Only I’ve recorded The Chase.

If he can’t save a penalty then he’s not much of a goalkeeper if you ask me. It’s not like he does anything else.

Oooh! What a shame. Are we out of it now then, or do we get another chance?

Never mind, love. Any chance of a cup of tea?