Euro 96 or World War Two: Which one bothers you more?

THE last global war and a prolonged penalty shoot-out are painful parts of England’s cultural history. But which one upset you more?

How do you talk about World War Two?

A) In hushed, revered tones. It was a bloody and dark period of human history, after all.
B) It’s a useful comparison for the terrible hurt I suffered in ’96 at the hands of the same enemy. My great-grandfather who lost an arm on the Atlantic convoys would approve.

What do you actually know about World War Two?

Who is the most evil person in history?

A) Cliche but it’s got to be Hitler, surely? There’s an argument for Mao or Stalin, but they’re not on Channel 5 documentaries quite so often.
B) Andreas Köpke, the keeper in that infamous shootout. I’m amazed he wasn’t forced to flee and live anoymously in Argentina for his crimes.

What do you think of on Remembrance Day?

A) The huge sacrifices made, and to a lesser extent compiling a mental ranking of Band of Brothers episodes.
B) The agonising memory of Gareth Southgate’s penalty. It was coming home.

How do you feel about tomorrow’s England-Germany game?

A) Excited, but everything we’ve been through in the last year puts it into perspective. And we’ll probably lose.
B) This is the most important challenge our nation has ever faced. Upon this battle depends the future of civilisation. This will be our finest hour.

Mostly As: The deadliest conflict in world history left more of a devastating impression on you than a football game. This is as it should be, but means you’ll struggle to connect with others for the next few days.

Mostly Bs: You have grossly inflated the importance of a football match in which zero people died and nurse your trauma to this day. Enjoy the next 48 hours, when everything will temporarily fit your warped world view.

Javid can't look at that bit of the office without gagging 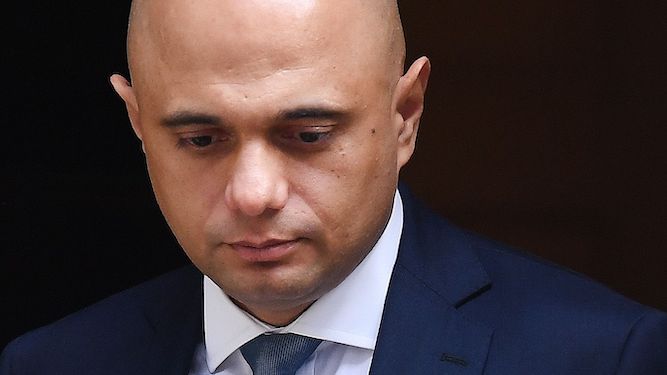 SAJID Javid is unable to look at that part of his new office without almost vomiting, he has confirmed.

The new health secretary has angled his desk away from the offending area where the unspeakable thing his predecessor did took place, but still dry-heaves every time he has to walk past it.

Javid said: “It’s kind of around the corner, the place where he was kissing her and squeezing her bum and the camera had that perfect view of his bald spot. It’s just feet away.

“But it’s a door so we can’t cordon it off. Every time I walk in or out I can feel myself retching. I have to cover my mouth.

“Why couldn’t he use a broom cupboard like a normal love rat? I can’t concentrate on the Delta variant while they writhe over there in my imagination at the scene of the crime. If there’s a fourth wave that’s why.

“It’s been deep-cleaned and we’ve taken out the lightbulb, but it’s still cold when you pass through it. If I haven’t got past this by Wednesday we might need to call in an exorcist. Until then I take a double whiskey every time I retch.”

Hancock said: “It was out of sight of my portrait of Her Majesty the Queen. And that’s all that matters.”