IS YOUR girlfriend banging on about something again? Were you thinking about football but love her enough to pretend you were listening? Use these phrases:

Whether her flatmate’s nicked her milk again or her hairdresser is having a baby, this reluctantly-won astonishment covers all bases. Best used after a longish pause to make out the news has just sunk in, winning brownie points for being emotionally invested.

A lot of things in your girlfriend’s life could be crazy. A story about her meeting David Beckham on the bus would be nuts, but then so would one about her friend’s boyfriend being a twat like he always is. Exchange for ‘that’s mad’ and ‘that’s f**king mental’ as required.

Works great if she’s asked for your ‘take on the situation’ and you were quietly using the Wetherspoons app to pre-order tomorrow’s drinks. Also a good excuse to huff, puff and check Google to find out what this ‘gaslighting’ she keeps referencing actually means.

It’s amazing how many situations, from having a bitch of a sister to wondering about that dress in the sale, this applies to. As long as she’s complaining and not giving you good news about a promotion, you come off sounding like a feminist ally, expensive American life coach and devoted boyfriend.

‘Poor you. Shall I open that prosecco?’

Celebrating or commiserating? Pouring her a glass because she’s had a bad day or a good one? You’ve no idea because you weren’t paying attention, but keep the noises non-specific for the first glass and it probably won’t come up again. ‘I think I’ve got a box of Maltesers’ is also acceptable.

Hancock taunts Johnson by calling him from mistress's bed 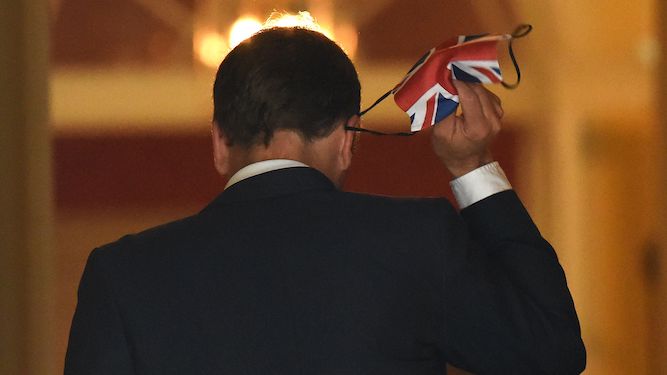 MATT Hancock has taunted his former boss by calling him from the bed he shares with his new girlfriend while not handling a pandemic.

The former health secretary, who quit his job and left his wife in a single weekend, placed the 9.45am call to remind the prime minister who the real winner is here.

He said: “Is that Boris? Hey Boris. Sorry, only just up. Late night with the new bird. You know that stage where you can’t keep your hands off each other?

“Anyway, thought I’d see how the whole Covid thing’s going. You know, the one that’s not my f**king problem anymore? You’re having fun with it, right?

“It’s weird because this whole thing – affair with posh totty, sudden abandonment of all responsibilities, a giddying sense of freedom – seems so much more you than me, you know? But instead I’m doing it and you’re trapped in Downing Street with a pandemic, a baby and Carrie.

“Dunno what I’ll do today. Probably sex, then a walk in the park, then watch a movie instead of listening to Chris Whitty bang on about lockdowns? You?”