SOME football shirts indicate that you’re a twat from a mile off. If you’re a fan of one of these clubs know that you’re judged by everyone:

Get the obvious one out of the way first. West Ham supporters are the worst kind of people to have in your life, your league or your train carriage. At least Millwall have the good grace to stay in a lower division and the excuse of always being shit to explain their thuggery.

A fantasy football team with an unlimited budget playing in a league that can’t compete, supporting this team means supporting a seven-year-old’s conception of what the game should be. Even worse now they’ve added Messi on a free, which is basically cheating.

Definitely the more repellent half of the Old Firm rivalry, perhaps because they’ve no Pope of Rome to provide spiritual guidance. In a movie going into administration and rising back up the ranks would be a journey that made the team and their fans better people. In real life? No.

What, you thought a diagnosis of clinical twattishness was reserved for rowdy, working-class clubs? Nope. Fulham fans all live in six-bed townhouses in Chelsea and gather in overpriced London pubs to drink Aperol Spritzes before the match. Piss off to rugby.

Obviously. Used to be preening, entitled wankers who won everything and now win bugger all but don’t appear to have noticed. Every teenager boy and his pit bull became Man U fans in the 90s and 00s and still make the day-trip to see them from their homes in Hertfordshire, Surrey and Devon.

One we can all agree on, Spurs supporters really are the crème de la crème of twat – and most of their own fans would heartily agree. The only club to have hired Mourinho entirely for his loathsome spirit-destroying qualities, which they recognised as their own.

Six pop stars who were deeply weird in retrospect 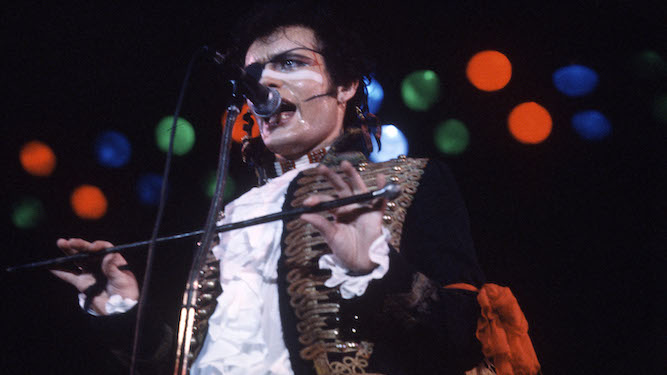 HAVE you unexpectedly encountered the bands of your youth on MTV and thought ‘f**k me, they were a bit strange’? Here are some of the freakiest:

Adam and the Ants

Hugely popular from playgrounds to punk clubs, but a band powered by African beats and oddly fascinated by well-dressed highwaymen and fairy tales. Strange even by the standards of the New Wave 80s, when men wore make-up and women had asymmetric haicuts.

The Sisters of Mercy

And most Goth bands, to be fair. What was most puzzling was the appetite among Britain’s youth for pseudo-vampire pomp-rock with historical overtones and a focus on being dead. It’s the equivalent of a whole musical movement springing up around Bigfoot.

Yeah he was a wrong ‘un, but even before that his actual act was deeply strange. Did those weird yelps improve his songs? How many of them were cheesy rubbish? Why did the spindly popster pretend to be a Bad gang-leader or a Smooth Criminal? Why didn’t anyone say something earlier?

A band who were highly talented, different and, thanks to Stephen Morrissey, had a uniquely bleak and depressing view of everything in Britain from sex to nightclubs. He’s now gone UKIP, but at least he didn’t end up writing songs about the agony of self-service checkouts.

Some great tunes, but catapulting a couple of blokes from traveller parties to the top of the charts is always going to be problematic. What the bloody hell were they on about with their ‘cosmic consciousness’ nonsense? If you like drugs, just say so. Don’t pen lyrics like ‘Space time, a fusion of the concepts/Of space and time’.

Apart from their relentless bullshit about girl power, each Spice Girl had a simple, clearly defined personality, like a My Little Pony. Presumably their tweenie audience liked this, but it’s still odd, like calling the members of Led Zeppelin ‘Satany Zep’, ’Drinky Zep’ ‘Shagger Zep’ and ‘Bassist’.