All sport moved to desert 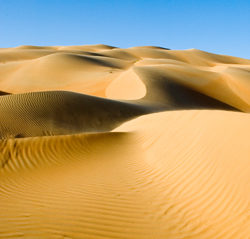 EVERY major sporting event will now take place under the blazing desert sun, it has been confirmed.

It is fairly flat

Sport’s governing bodies have agreed that all future competitions will be held in Qatar, Dubai, Abu Dhabi, or somewhere equally conducive to working up a good sweat.

A spokesman from the IAAF said: “Our decision to give the Athletics World Championships to Doha has nothing to do with the money. All we care about is the infrastructure, the atmosphere, and the entertainment value that comes from watching people collapse from heat stroke.

FA chairman Greg Dyke welcomed the relocation of all twenty Premier League clubs to Qatar, saying: “Football should never be done in temperatures of less than 40 degrees celsius, in case everyone succumbs to frostbite, or snow blindness, or gets attacked by yetis.”

Ice hockey player Wayne Hayes said: “I’m delighted that the NHL has decided to move en masse to Saudi Arabia. Sure, the conditions aren’t ideal, but I’m sure we can have a great few minutes of hockey, followed quickly by some water polo.”

The International Olympic Committee has also confirmed the award of the 2022 Winter Olympics to Qatar, with a spokesman commenting: “Sand is just hot snow.” 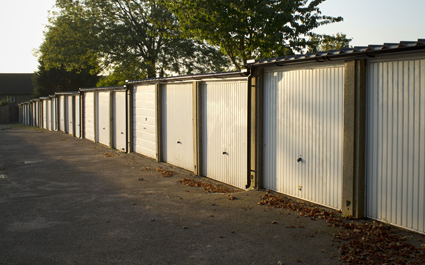 THE shady figure who sold Myleene Klass a Catford garage for £2 million is refusing to discuss the deal.

The man, known locally as Freckled Dave, reportedly told the former Hear’Say singer she was getting an absolute bargain.

A source close to the star said: “He told Myleene that Catford was an up-and-coming area, that it was on the Crossrail route and that it had planning permission to be turned into a thirty-storey block of luxury flats for oil oligarchs.

“Unfortunately, when she came to inspect the place to find it occupied only by an Alsatian being sick in the burnt-out shell of a Fiat Punto, she realised she’d made a mistake.

“People joke that she’s using it to store all the unsold copies of Hear’Say’s album, which is untrue because actually that sold very well.

“It’s actually being used to store copies of her classical compilation album, Myleene’s Music for Romance.”