ALBERTO Aquilani has been loaned to Juventus after manager Luigi Delneri revealed himself to be a keen jigsaw collector.

The Liverpool midfielder has struggled to hold down a regular place in the side since the lid from his box went missing. He was sidelined for two months after half of his leg disappeared, eventually turning up in a kitchen drawer in the Anfield canteen.

Delneri said: “We’ve got him for 12 months and I hope to have the edges of his head finished by Christmas. I think we got a bargain because Liverpool kindly threw in a Kerplunk with half the straws missing.”

It has been a busy summer in the transfer window for Liverpool as manager Roy Hodgson off-loaded Rafael Benitez’s final batch of signings including the eight marmosets the Spaniard was trying to train as both defenders and electricians.

Meanwhile defensive midfielder Javier Mascherano is currently into his 18th day of holding his breath until they let him move to Barcelona.

Hodgson has also signed goalkeeper Brad Jones from Middlesbrough, primarily for his experience of playing football in the Championship ‘for reasons that will become increasingly apparent as the months go on’.

But the biggest surprise is Liverpool managing to hold on to Fernando Torres, with all of the major club managers deciding they no longer want to take him as their lover.

Chelsea’s Ian Ancelotti said: “When he was blonde, he was sort of like a cross between a newborn deer and Paris Hilton and made for some very wonderful dreams.

“But now he just looks like a big dirty boy. No thank you.” 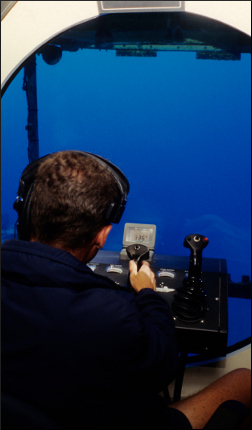 VICTORIOUS housemate Josie Gibson is to become ‘home’ for a tiny submarine carrying Celebrity Big Brother contestants, it has emerged.

In a final adaptation of the original format, some humans and John McCririck will be placed in a bullet-shaped craft which will be shrunk to the size of a weevil’s knee using gamma rays and then injected into the bubbly sales rep.

The process will begin when production staff spike Gibson’s drink with a strong sedative at tonight’s Big Brother winners’ party.

She will awaken strapped to a table in a sterile laboratory, half-blinded by the reflected light from the polished stainless steel surfaces, before screaming and writhing as masked, gimlet-eyed scientists descend on her with a large hypodermic syringe.

A spokesman for producers Endemol said: “It will come as something of a surprise. All Big Brother winners dream of meeting celebrities, but few are lucky enough to have them introduced into their bloodstream. Medically it’s fine, probably.”

The celebrities, including Ulrika Jonsson or a certified equivalent, will complete challenges for food and treats while working together to guide the craft around Josie’s interior, avoiding comparatively vast antibodies which will attempt to engulf and destroy them.

The spokesman added: “It is, of course, a race against time as the gamma rays only last for 48 hours.

“If the crew do not complete all their tasks then unfortunately bits of Josie will be splattered across the walls of a laboratory now dominated by a large submarine.

“Come to think of it we should probably have done this with Chantelle Houghton.