ARSENAL should get the FA Cup without having to play in the final, according to manager Arsene Wenger.

Citing their superior corporate hospitality and the world-class players they sell to other clubs, the club has suggested the trophy should just be awarded to them at Wembley in a closed ceremony.

Wenger said: “The last thing any neutral wants to see is our languid, cultured players being kicked into the air by a bunch of dreadful Northerners who think quinoa plays for West Ham.

Quite why the FA wants Hull, and I’m not being disrespectful here by calling them guttersnipes, to embarrass themselves in front of their betters baffles me.

Arsenal have already reserved an open top bus and arranged for Islington council to close the route of the parade, from the Emirates to a charming little Peruvian restaurant where the players will celebrate with ceviche and anticuchos.

Hull manager Steve Bruce said: I was going to lodge a protest, but then I remembered our shirt sponsor is Cash Converters.

Instead Ive hired a speech therapist so the players can say Most kind of you to let us play, without sounding like they have a toffee in their mouth that’s trying to escape.

Wenger said: If only we could dispense with the whole grubby business of kicking a ball about on soil altogether. That’s the dream, isn’t it?

Bulgarians and Romanians are pretending to be Irish, claims Farage 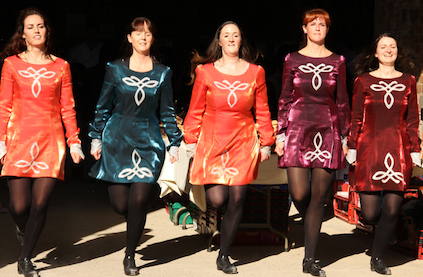 BRITAIN has been invaded by millions of Bulgarians and Romanians, but no one can tell because they are all pretending to be Irish, Nigel Farage has claimed.

The UKIP leader dismissed new facts which showed a fall in the number of Eastern European immigrants instead of 14 of them to a room, as he had predicted.

He said: “The typical Bulgarian pretending to be Irish will talk about ‘the craic’, but you can tell they don’t really know what ‘the craic’ is. They just use it randomly, often referring to everyday household objects as ‘the craic’.

“I got my car cleaned last week and the so-called Irishman tried to charge me ’20 craic’. I said to him ‘you’re not really Irish are you?’ but he ran away and hid behind a Volvo before I could swab the inside of his mouth.

“Also, your Eastern European tries to dress like an Irishman, but he always forgets to put on the little green hat.”

He added: “I strongly suspect the Irishman we employed to pretend to be British in one of our adverts was actually a Bulgarian. I spoke to him at length and he didn’t seem to know any of the Irish people that I know.”