AS the football season draws to a close, hundreds of Premier League players have taken temporary jobs in supermarkets.

Mark Noble of West Ham United said: “I’m doing the cheese counter at Morrisons on Saturdays. Like my mum always says, it gets me out of the house.”

Noble’s teammate Jussi Jaaskelainen will join the meat and fish team at Sainsbury’s, while Stewart Downing has just been appointed assistant trolley collector at Lidl.

Downing said: “It’s good to have something different on my CV, and anyway, hanging around a parking lot in Dagenham is a lot more enjoyable than playing football for Sam Allardyce.”

Not all players will spend the summer at supermarkets. Roberto Soldado has got some shifts at the Old Red Lion, while Theo Walcott will do some filing at his dad’s IT firm.

Ashley Cole may miss out entirely, however, after a planned holiday job in Brazil fell through at the last minute. 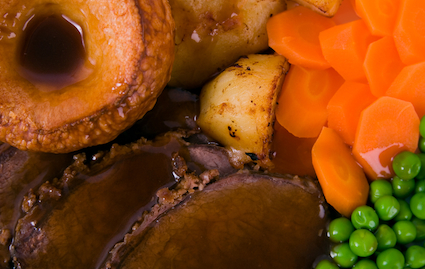 THE government has pledged to introduce free lunches for primary school children with traditional, right-wing values.

Ministers believe a nutritious lunch is vital but can only be offered to under 12s who are passionate about small government, privatisation and benefit cuts.

A spokesman said: “We’d love to feed all the children but there isn’t enough money, so left-wing pupils will have to bring a packed lunch, no doubt consisting of an inefficient sandwich and a Marxist banana.”

Kyle Stephenson, a 10 year-old from Hatfield, said: “I hate being told what to do so I’d like my mum to be a lot smaller, ideally under three foot six. I believe strongly in free markets so if I see a child with a nice toy I take it and it becomes mine.

“And I would also bring back hanging, especially for Arsenal fans and Harry Styles. Actually, the guillotine would be better for Styles because then I could stick his head on a spike.”