ASTON Villa is now a rugby club after being demoted from football.

Defeat against Manchester United ensured Villa would be playing rugby next season, and the club confirmed that they will begin learning the rules of the sport with immediate effect.

Caretaker manager Eric Black said: “Most of our players have never seen an oval ball before and I fear for them in the scrum next season against players who are around 10 stone heavier and infinitely more aggressive.

“There will be a lot of differences from rugby to football. For instance you only play 80 minutes and you can’t pass forwards.

“Actually come to think of it, that’s not too different for us.”

After one of the bleakest seasons in Aston Villa history, some supporters are ready to welcome rugby to Villa Park.

Fan Norman Steele said: “As a season ticket holder I’m looking forward to watching the Villa players get beaten senseless by seven-foot neanderthals. I’m just hoping that we don’t get relegated to cricket.” 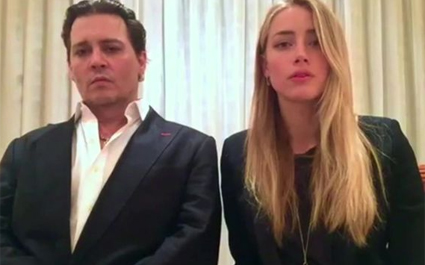 JOHNNY Depp’s string of poor career choices has ended with a captivating short film about why it is wrong to smuggle dogs into Australia.

The formerly cool actor whose recent output includes The Lone Ranger, Transcendence and Pirates of The Caribbean IV: The Quest for Yet More Money, has been widely praised for his sincere warning about putting undeclared pets on private jets.

Critic Emma Bradford said: “It’s great to see Johnny back at his best, being weird in a low-budget indie film.

“His strange, puffy not-quite-Johnny-Depp face and uncannily lustrous hair are a compelling double act. It’s powerful stuff that has certainly made me think twice about smuggling any creatures into Australia.”