Failed musician wants you to know how amazing settling down is

SETTLING down with kids and a mortgage is an incredible achievement that surpasses anything else, according to a man whose other plans failed.

Parent Wayne Hayes has been incredibly lucky to find family life more exciting and rewarding than his earlier ambitions of being a rock star.

Hayes said: “Settling down is the greatest thing that’s ever happened to me, so it’s just as well all those other projects involving incredible wealth and success went down the toilet.

“If my 90s rock band, Cybernight, had signed to EMI, as we very nearly did, I might not be here looking after two small children and working for a medical packaging company.

“I’m always telling people how glad I am that things turned out as they have, but sometimes I’m so passionate about settling down they look a bit scared.”

Friend Donna Sheridan said: “It’s great that Wayne loves family life, because if I’d had all these brilliant projects that almost succeeded I’d secretly be incredibly bitter about dreary things like mortgages and nappies.

“Although when I asked him to tell me about the time his band supported Foo Fighters he started crying.”

Grim-faced people in angry meeting because of stupid boat name 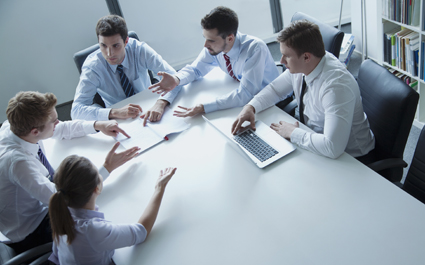 ADULTS are violently arguing in an office this morning because of the public’s decision to give a boat a stupid name.

Staff at the National Environment Research Council are at their lowest ebb after an online poll to name one of its vessels produced the winner Boaty McBoatface.

Managing director Tom Logan grabbed marketing manager Roy Hobbs by the collar and pinned him against the wall, shouting: “This is all your fucking fault, you weren’t supposed to let them come up with the names. We were going to give them a list of names, you absolute fucking tit.”

Hobbs replied: “It was only supposed to be a bit of fun. Look on the bright side, it’s encouraged thousands of people to engage with science.

Logan said: “They don’t even know what this boat is doing, it could be delivered nuclear warheads to ISIS for all they care. They just like taking the piss out of things because they are idiots.”

Scientist Mary Fisher, who had been sitting at the boardroom table anxiously chewing a pencil, put her hand on Tom Logan’s arm. She said: “Maybe Boaty McBoatface isn’t that bad a name. Remember the other suggestions included Huge Dog Penis and Tits Bucket.”

Logan responded by letting go of Hobbs’s collar and punching the wall.