THE BBC’s coverage of Newcastle United’s 2013-14 season has been transferred to the department running variety shows and situation comedy.

Following Joe Kinnear’s appointment as ‘director of football’ the corporation decided that for Newcastle to appear on Match of the Day alongside serious teams, wold be ‘incongruous’.

Instead the club’s farcical adventures will will go out 8.30 on Wednesday nights as ‘Kinnear a Minute’ with a laugh track and Ronnie Hazlehurst-style theme tune.

A Geordie will provide a voiceover as we follow Kinnear’s bumbling antics.

Other characters will include Alan Pardew, who will act as dreary, grey sidekick to Kinnear and Mike Ashley, the club owner, who according to a BBC source would be like ‘Captain Mainwaring, or some other fat oaf with appalling judgement’.

Storylines include Kinnear accidentally turning up on his first day at Nottingham Forest’s ground after forgetting he was sacked by them in 2004, as well as repeated attempts to sign Kevin Keegan as a striker.

Kinnear will also insist that winger Jonas Gutierrez is former Argentine dictator General Galtieri, before dragging him to the Hague and demanding they prosecute him for war crimes.

In one episode he will mistake himself for the late actor, Roy Kinnear.

Meanwhile, Mark Lawrenson will make a guest appearance as The Man Who Says ‘Not’. 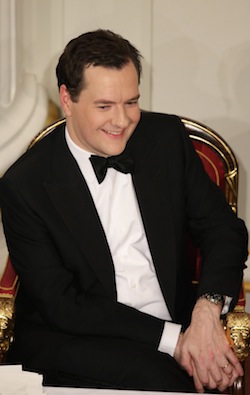 As he prepares to outline £11.5bn in spending cuts, Osborne said his fascination with the sexual nature of small government began in his early teens with magazines like The Spectator.

He said: “I like different kinds of cuts. I like explicit cuts that just get right down to business, where the cutting is so deep and hard.

“But I also like cuts with a bit of a story. It increases the anticipation and makes the cut seem more authentic, and thus more intense and satisfying.”

Osborne added: “Mostly I like to do cuts on my own, with the curtains closed.”

A Treasury source said: “If you’re in a meeting with him and you start talking about cuts then he either crosses his legs or goes and sits behind a desk.”

One cabinet minister who has been in budget negotiations with Osborne for six months said: “I got the impression that he found the whole process very sensual.

The Treasury source added: “He doesn’t even care if it costs the Conservatives the next election. That’s not what’s going on here.”