Being English only motivates for 45 minutes

THE England football team has admitted that a fierce sense of national pride is only good for about three-quarters of an hour.

Players who took part in last nights thrilling 0-0 draw with Ukraine said they take to the pitch all fired up about Shakespeare, Churchill and Kate Moss but then run out patriotism towards the end of the first half.

Captain Steven Gerrard said: “At first we were keeping each other going with shouts of ‘Stephenson’s Rocket!’ ‘The abolition of slavery!’ ‘Isambard Kingdom Brunel!’

“But as half-time approached, we’re down to things like Fray Bentos pies, Homes Under the Hammer and the 24-hour Toby Carvery in Shenley Church End, Milton Kenyes.

“And by the second half, after Roys team talk about Last of the Summer Wine, out-of-town retail parks and Fishermans Friends, it was all we could do not to kick the ball into our own net.”

Professor Henry Brubaker, of the Institute for Studies, said: “Most of us are patriotic for a few minutes a year, at most, so we imagine that its more powerful than it is.

“The truth, as professional athletes have discovered, is that dwelling on England for any longer than that leads to thoughts of queuing behind a Transit van on the M6, of the wind whipping an empty Londis carrier bag through a multi-storey car park and winning an out-of-date tin of biscuits in a tombola.

“Greg Dyke is right – England must not win the World Cup.”

New iPhone can plant your fingerprints at murder scene 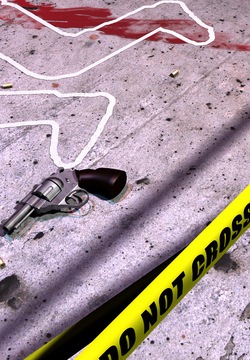 The device will leave prints and DNA at crime scenes if the owner has failed to meet Apples high standards for iPhone ownership.

The phone’s built-in JudgMe app collects data about its owners treatment of their iPhone, rates them on a moral scale developed by Apple and can condemn them to a lifetime behind bars.

Apple CEO Tim Cook, speaking at the launch event, said: “Were rightly known for our focus on the user experience, but all too frequently I see users who dont repay that trust.

I see cracked screens, scratched aluminium backs, and iPhone owners who talk openly about their interest in the Samsung Note 3 with their iPhone right there in front of them, hearing every hurtful, traitorous word.

Well, that ends today. The new iPhone, using your fingerprints, your DNA, and faking records of your movements and communications, can put you on the scene of a triple slaying so efficiently that even OJs defence team couldnt get you off.

Technology blogger Carolyn Ryan said: I downloaded a non-proprietary web browser and Google Maps to my new iPhone 5S, breaking my terms of service, and within 24 hours there was video of me kidnapping and executing my brother-in-law right there in the iCloud.

Cook, who concluded his presentation by breathing hard on a new iPhone and shattering its screen, seemed set to leave the stage when he turned to the audience and said: There is one more thing.

The crowd then cheered wildly as detectives arrived on stage to arrest him for the murder of Steve Jobs.