BRITAIN was riding the crest of a wave of victory last night after repeatedly striking gold in one of those sports that nobody ever watches.

Britain's finest two-legged men and women took home gold medals in the singles, the hot singles, the fancy doubles, the crotchless triples and the doubled pears.

An ecstatic Wayne Hayes, TeamGB manager, said: "Take one pair of perfectly round wheels, add the relentless pounding of some truly magnificent British thighs, and stand well back."

He added: "I said to every single one of them: whatever you do, for God's sake keep pedalling."

Last night's avalanche of triumph comes hot on the heels of British success at the Los Angeles Kerplunk Open and a 14-12 victory in the World Bread Making Championships in Adelaide.

Sport minister, Gerry Sutcliffe, said: "The next time someone tells you Britain is slow at riding a bike, you can look back on this day with pride, hold your head high and tell them to cock off."

He added: "This is the most exciting thing to have happened in British sport since Formula One boss Max Mosley paid some hookers to pummel him with a cricket bat." 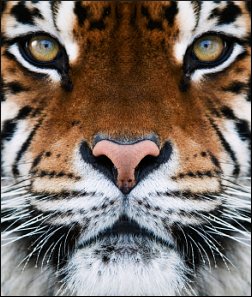 BRITAIN'S leading mortgage lenders are to deter new customers with a range of tactics including man-eating tigers and a huge Arab warrior armed with a mighty sword.

From today the Woolwich will position a pair of ravenous Bengal tigers outside its branches, while the Nationwide has rigged a boobytrap consisting of hundreds of small poisoned arrows that will be triggered by a pressure pad under the doormat.

Customers who survive the arrows will then have to swing across a moat filled with electric eels before entering the Domain of the Scorpion.

The giant scorpion not only carries an instantly fatal poison in its tail but can shoot fire from its pincers. Would-be homeowners will have to stab the creature between the eyes to have any hope of borrowing more than three times their joint salary.

If they defeat the scorpion they will then have to survive Knife Alley and the Room of the Enormous Hammers, making sure they are not distracted by the vultures picking clean the bones of previous failed applicants.

And just as they are in sight of the mortgage advisor, out of the shadows will step Al-Hassan, an invincible seven foot-tall Arab Warrior, armed with a razor sharp scimitar and wearing a necklace fashioned from the thumbs of his enemies.

Independent financial advisers are urging their clients to either run at the swordsman with a long spear, or if possible, just shoot him in the middle of the chest.

A Nationwide spokesman said: "If you can get past Al-Hassan, then yes, you can have a fucking mortgage."