PREMIER League struggler Cardiff City has unveiled plans for its players to stand up during games.

In the light of last weekends 4-0 loss to Hull City and fan feedback, players will trial vertical positions for the rest of the season.

A club statement read: Our research shows that many clubs already have their players standing during games and we would like to be at the forefront of that revolution.

However the safety of our players remains our primary concern and we will still insist that they dont compete for 50-50 balls or make sliding tackles.

Hull exposed the weakness of Ole Gunnar Solskjaers sedentary team, running between the rows of Cardiff City deck chairs seemingly at will.

Many supporters chanted at Cardiffs players to rise to their feet but when Wilfried Zaha did so he quickly became disoriented and had to be substituted.

Conspiracy theory OK until the bit about Jews 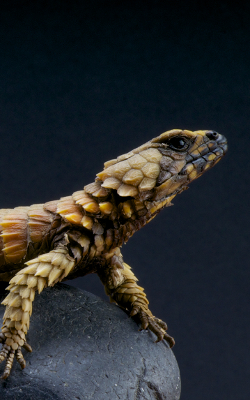 A CONSPIRACY theory outlined by office worker Tom Logan was fine until it edged into anti-Semitism, according to his colleagues.

Logans convoluted theory, incorporating Freemason, the Bilderberg Group and Area 51, had been cordially received until he mentioned the Rothschild banking family.

Co-worker Donna Sheridan said: I was on board with the global plot to brainwash and enslave billions, but became uncomfortable when he got down to ethnic specifics.

Obviously someone engineered 9/11 and the credit crunch for their own benefit, and probably they are lizards, but I don’t get why they also have to be Jewish.

“It’s like the whole thing is just a sci-fi coating for Tom’s venomously racist views, which themselves stem from a need to blame someone for his persistent failure with women.”

Logan admitted that hed considered dropping the anti-Semitic bits of his ‘Brotherhood of Reptiles’ theory: “Sometimes there’s a voice in my head going ‘Actually that’s just unpleasant and completely illogical.’

“Then I remember that it’s not my conscience speaking, but the Zionist elders controlling my brain with mind rays that are amplified by my dental fillings.”