US athletes will take their own food to the Beijing Olympics after discovering the Chinese diet is alarmingly cheese-free.

The US team said they were appalled at the Chinese tradition of not using cheese, or at least artificial cheese, at every stage of the cooking process.

The American team diet will instead focus on the three main food groups: Cheese encrusted, cheese injected and cheese plated.

US team manager Tom Logan said: "As I looked through the brochure from the caterers, I just kept sayin' to myself, 'where in the hell is the goddamn cheese?'

"These goddamn spooks is askin' me to bring my boys half way round the world to eat a duck in a goddamn pancake? Sons o' bitches!"

He addded: "I ain't got no problem eatin' a broiled dog, a live eel or even a bucket full o' snakes, but for God sakes people, let's cheese it up!"

Meanwhile the Chinese have dismissed accusations of a fiendish plot to poison the athletes' food with illegal steroids.

Olympic official Li Feng said: "Chinese only use poison in traditional way – by tipping small amount into drink from special ring, then waving bottle of antidote in front of victim and laughing while they grab at throat and fall off chair. Aha ha ha!"

Put Up The Price Of Everything, Says Tesco 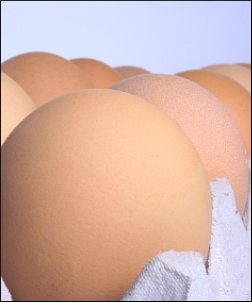 TESCO is demanding the government brings in tough new measures to increase the price of everything, its chief executive said last night.

Sir Terry Leahy said legislation was necessary to double or treble the cost of all things in shops, except for wages which were already high enough.

He said the low cost of eggs was fuelling an egg frenzy across the nation, making many town centres no-go areas at the weekend because of binge-scrambling.

"No one is against the responsible use of eggs, one or two a day with meals, but we're now seeing an alarming rise in the number of young people who are making their own mayonnaise."

Sir Terry said he was also shocked to discover that chocolate milk was only 20% more expensive than ordinary milk.

"Before long people will be adding chocolate milk to their tea. Is that the sort of society you want?"

He added: "If we continue to sell DVD players for £14.99, people will quickly lose respect for the art of cinema. The government needs to act now – what about £149.99? I like that one. It's got gravitas."

Meanwhile Britain's £100,000 a year GPs have called for a massive increase in the price of alcohol to decrease its consumption by everyone else.

Dr Wayne Hayes, a GP from Dundee, said he found it hard to buy a bottle of Talisker single malt whisky in Tesco last weekend because the drinks section was full of 'ordinary people' buying Australian shiraz at £4.99.

He added: "I wouldn't put that on my chips. Why don't they just inject themselves with heroin?"