ENGLAND cricket management have hinted that WG Grace could be recalled to the international scene.

The former Gloucestershire batsman has not played for his country since dying in 1915.

But with England failing in Australia, the clamour is mounting for the bearded 167-year-old to make an unexpected return from the grave.

An ECB spokesman said: “Everybody knows the qualities that WG brings to any team he plays for. I don’t think the fact he is buried in a cemetery in Bromley should be any barrier to getting into the current England side.

“The deceased issue has been blown out of all proportion by the media.”

Piers Morgan, a long-time top mate of WG, took to Twitter to back the decomposed all-rounder: “Time to shed prejudice against dead. If you are good enough you are alive enough.”

Homeless fairies getting into smack 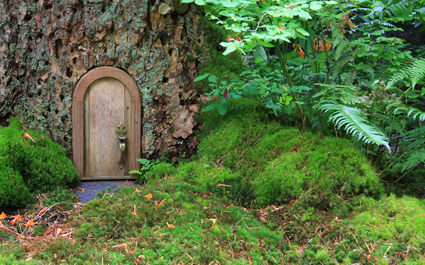 FAIRIES evicted from a wood in Somerset have turned to drugs and crime, it has emerged.

Following a council clampdown on fairy homes, the little people have relocated to bleak local towns like Bridgwater and Yeovil, where they have discovered heroin.

2694-year-old pixie Tom Logan said: “Life in the woods was just magic and fun. We had midnight balls and played impish but essentially harmless tricks on ramblers.

“Then the men in luminous jackets came and told us to fuck off. Now we live in a discarded fried chicken box in an alley behind an arcade.

“Last night we thought there was a terrible storm, but it was just some drunk men urinating on our roof.

“The only thing that numbs the pain is the magic brown powder we buy off a man in a Kappa tracksuit. When we smoke it in our little clay fairy pipes we feel pleasantly woozy.

“Unfortunately the ‘magic brown’ is expensive so we have to steal.

“It’s easy though, we just fly into drunk people’s pockets and in the morning they don’t even realise there is a tenner missing.”