THE England women’s team’s progression to the semi-final is proof that men are the real victims of sexism now, according to idiots.

Wayne Hayes of Barnsley claims the Lionesses would never have made it that far if not for positive discrimination, and that it proves women are being given an unfair advantage.

He continued: “Yet again we see women getting promoted over men. Why is it that Lucy Bronze gets to play right-back at an international level while I have to drive for Yodel?

“The fact that there are 11 players on the team, all women, is just ridiculous. Anyone who can’t see the bias here is kidding themselves.

“Admittedly the men did get that far but only after years of working for it, whereas women’s football only started at the beginning of last month and they’re almost handing out cups already. It’s a joke.”

Hayes has previously argued that women do not get equal treatment while driving because he was given a three-month ban for refusing a breathalyser test.

Man 'babysitting' his children while wife 'meets friend for coffee' 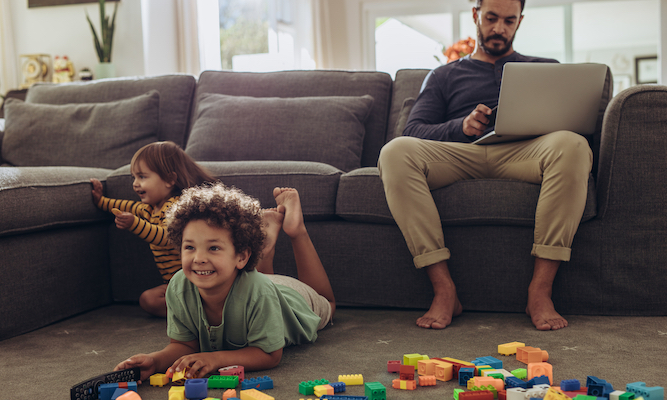 A MAN who refers to looking after his own children as ‘babysitting’ has taken his wife’s claim to be ‘meeting a friend for coffee’ entirely at face value.

Nathan Muir is ‘keeping an eye on the brats’ while wife Sophie is enjoying a rare evening of freedom with a friend he ‘wouldn’t remember’ at a location ‘somewhere in town’.

He said: “It’s easy money really. I get to help myself to the fridge and watch whatever I like on Netflix and they rarely even wake up.

“I don’t mind holding the fort while she discusses what haircut she’ll get next or whatever. Though I hope she’s not out half the night like last time. Getting them ready for school’s above my pay grade.”

Sophie Muir said: “Nathan’s view of the children as a burden I’ve visited on him that he occasionally deigns to share is counterbalanced by his total obliviousness to everything I do, both in and outside the home.

“I’m having a torrid affair with the guy who does our gutters. We have passionate, unrelenting sex once a week at the Ibis on the ringroad. It works for my family.”