Entire Chelsea team not sent off by mistake

REFEREE Andre Marriner has been criticised for failing to dismiss players despite TV replays showing them wearing Chelsea shirts.

The referee of Saturday’s match against Chelsea allowed John Terry to remain on the pitch in the face of overwhelming evidence that he was, and  continues to be, John Terry.

Midfielder Eden Hazard could even be heard remonstrating with the referee, saying Look at what Im wearing, I know what I am.

Onlooker Joanna Kramer said: The crowd was dumbfounded at the sheer idiotic risk of allowing players wearing Chelsea shirts to play a full 90 minutes of football.

At the very least Samuel Etoo should have been given a red card, because it was obvious to everyone he needed a good sit-down to catch his breath. And maybe a cup of tea and a Bourbon.

Andre Marriner said: Improbable as it seems, theres actually nothing in the FAs rules prohibiting a club from being Chelsea.

Obviously high-level discussions are in progress to rectify that, and by next season we hope to have technology in place that will detect and nullify Chelsea players before they even reach the pitch.

Arsene Wenger said: If only league titles were awarded on the basis of moral superiority.

Still, at least they didnt shame the whole of English football by playing Ashley Cole. 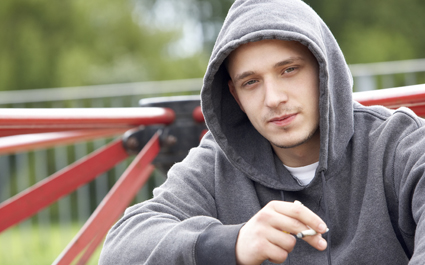 BRISTOL is the UK’s best city to live in because cannabis is unofficially legal there, it has been claimed.

The south west’s leading stoner enclave topped The Times’s UK city survey for having an Amsterdam-like tolerance to pot that is weirdly never mentioned in the mainstream media.

32-year-old Stephen Malley, who recently moved to Bristol, said: “I first came here to visit my cousin, and the first thing I noticed was a couple sharing a skunk bifter outside Broadmead shopping centre.

“There were police around and everything, but they didn’t give a toss.

“Since moving down I’ve discovered that every other person in the city has a grow room, even middle-aged women with mum hair. It’s great.

“I’m not getting too much done though. Well I’ve got this idea for a really good dubstep track but not the means or motivation to realise it.

“Also I’ve gotten into circus skills and the sort of politics that you learn from graffiti.”

The Times also praised Bristol for having all its rich people live together on a big hill, in a weird kind of segregation that gives it “an interesting science fiction feel”.