Gerrard to take Liverpool fans with him

STEVEN Gerrard has told Liverpool he plans to leave the club and take its fanbase of 71 million with him.

The midfielder has decided, after 16 years at the club, to take his title-losing prowess elsewhere and sees no reason why he should do it on his own.

He said: “Week in, week out those fans shout my name, and I know how heartbroken they’ll be if I move to Barcelona, Juventus, or more realistically, Major League Soccer.

“We could all do with a break from Liverpool and it’d be lovely for them to back a winning team for once.”

The club is said to be amenable to the move and is planning to spend the transfer cash on some of the millions of Manchester United fans that are flooding onto the market. 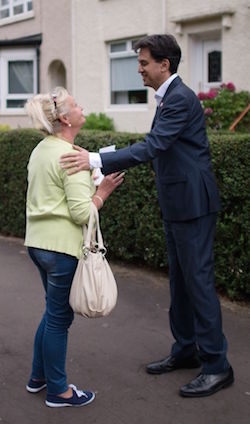 THE Labour party has pledged to renew its unbridled contempt for Scottish voters.

As the party’s support in Scotland plummeted it admitted it had lost its passion for treating Scots like a bunch of little children who are unable to wipe their own backsides.

Leader Ed Miliband said: Weve always assumed Scottish people would just go out and vote for us, but perhaps in recent years we havent made them feel sufficiently idiotic and worthless.

We need to get back to telling them everything thats wrong in their lives is someone elses fault.

We need to get back to producing manifestos that are just 60 pages of the word Thatcher over and over again.

We need to come up with a new list of things that must be banned, because if Scottish people are left unsupervised they will accidentally hit themselves in the face with a spanner.

Jim Murphy, the favourite to become the next Scottish Labour leader, added: We allowed our contempt for Scottish voters to be dictated by London.

I dont need Ed Miliband to tell me that Glaswegians are pathetic street urchins who need to be kept just poor enough.

An SNP spokesman said: What lesson?