High-earning bastard sick of everyone presuming he has good side

A SUCCESSFUL City banker has asked everyone to stop suggesting he secretly has a heart of gold.

Tom Logan revealed that acquaintances insist on giving him the benefit of the doubt despite his consistently unpleasant demeanour and frequent boasts of impoverishing small countries.

Logan said: “I like money, bragging about money and actively disparaging anyone who has less money than me.

“I don’t have friends, I have no time for the arts and if I  thought I would get away with it I would push you off a cliff.

“But still people assume I must be planning to retire early and set up some kind of philanthropic foundation. Fuck that.” 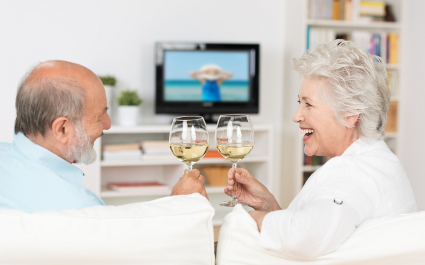 THE parents of a 25-year-old man are celebrating their son’s decision to abandon his band for a job in a bank.

Nathan Muir’s mother and father opened a bottle of Cava following a phone call in which their dejected son admitted his dreams of a creative life had been crushed  forever,

Yvonne Muir said: “It was such fantastic news, especially because we were terrified his demo was going to be on the radio or the band had a great support slot coming up.

“When he told me in a shaking, defeated voice that he had to be realistic and think about his financial future I felt such a wave of relief.”

The Muirs said they were given another boost when they were able to cross out several gigs they were supposed to be attending off the calendar forever.

Brian Muir said: “Let’s get the neighbours round.”