AVRAM Grant is to stay on as West Ham manager on the basis he can be fired into the English Channel at any second.

The slowly melting scowl has so far avoided becoming the 3412th managerial casualty of the season, but has been warned that unless results improve he will be ejected from Upton Park at 1,500 mph from a 35-foot long sparkly cannon.

Speaking from the depths of his metal tunnel, Grant said: “I’m hoping to sign some exciting players on loan to ease our selection problems or, if that doesn’t work, to hurriedly evolve a functioning pair of wings.

“This is a results-driven job and I accept that I could be smeared halfway across Calais as the result of eleven millionaires completely ignoring what I’ve politely asked them to do every week since August.

“Every manager in the league faces the same prolonged drum roll and fizzing fuse of pressure. But that’s not the same as actually being inside a cannon.”

He added: “Could you toss down a bag of crisps or something? Whoever’s meant to be feeding me is off sick and they haven’t bothered replacing him.”

Grant took over at West Ham after his predecessor Gianfranco Zola was fed to panthers. His next test will be against a team whose logo is a cannon followed by a difficult away match against Everton after an exhausting 40mph trip up the M6 on a flatbed truck.

Grant said: “The lads are working really hard in training, from what I can see out of the end of the barrel, so hopefully it won’t be too long before the board scale back the threat level to their earlier position of having me constantly followed by a twitchy lunatic armed with a cricket bat.” 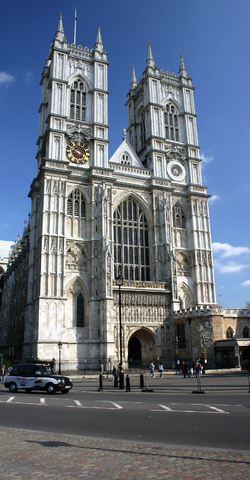 THE ban on street brawling will be lifted temporarily for the royal wedding to allow celebratory fighting, it has been confirmed.

Pubs will also be open until 1am on the night of April 29, providing cheap, strong drinks to fuel a national outpouring of jubilant violence.

A Clarence House spokesman said: “Nothing is more emblematic of modern Britain than pints of nut brown ale and random acts of savagery, especially against strangers who happen to have a distinguishing feature, such as  a hat.

“The union of our future king and his live-in girlfriend is a wonderful opportunity for his loyal subjects to visit their favourite vertical drinking establishment, probably on some sort of leisure estate sandwiched between a cajun restaurant and a massive craft shop.

“The wedding will be shown on a large, wipe-clean kevlar screen that they can throw things at.

He added: “It’s going to be a wonderful day, whether you enjoy it in town or at home, hiding.”

Trainee plasterer, Wayne Hayes, said: “I’ll be treating it like a big
sporting event. I will pick a ‘side’, either William or Kate, for
entirely arbitrary reasons and then kick the fuck out of anyone who
disagrees with me.”

Architect Roy Hobbs insisted said: “These royal jamborees are an overhyped,
superficial distraction from the harsh realities of modern life.

“Which is why I’ll be down the Mason’s Arms, necking a load of vodka and going mental with a pool cue.”