I'd Rather Sell Ronaldo To Gypsies, Says Fergie

SIR Alex Ferguson has dismissed claims Cristiano Ronaldo is heading for Real Madrid, insisting he would rather sell the winger to gypsies or travelling circus folk.

The Manchester United boss said he has spoken with the club's owners and agreed a contingency plan that would see the Portuguese superstar spend six months of the year as a trainee acrobat.

He added: "If I can't find a decent travelling circus then I am prepared to just hand him over to the gypsies.

"God only knows what they would do with him. Probably have him scrubbing down horses or collecting herbs for their magic potions.

"But that's still one billion times better than giving him to Spaniards."

The United board has already drawn up plans to protect their top stars from approaches by rival clubs.

Argentinian striker Carlos Tévez will be placed in a large net and suspended above the Old Trafford foyer, while first choice goalkeeper Edwin van der Sar will be drugged and conscripted into the French Foreign Legion.

Ferguson has also backed plans for club captain Rio Ferdinand to be leased to Arab princes and forced to do their bidding.

Ferdinand's agent said: "We still get the same money though, right?"

Britain Now Entertained By Absolutely Anything 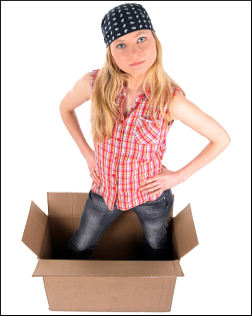 BRITAIN is now easier to entertain than a two month-old baby or a chimpanzee, it was confirmed last night.

The country set a new threshold for boredom as 14 million people bounced up and down in their chairs at the sight of a breakdancing teenager.

Tom Logan, a sales executive from Reading, said: "I knew he was going to do some body-popping, but you just assume he'll go for Herbie Hancock, or maybe Chaka Kahn.

"But then he only goes and does Singin' in the Rain. And then they only go and soak him while he's doing it. I was so entertained I couldn't sleep."

Those who were not comprehensively transfixed by the moist breakdancer surrendered three hours of their lives to a programme devised by Andrew Lloyd Webber.

BBC's You'll Watch Anything was won by whoever did the least awful impersonation of that woman from Oliver! whose name no-one can ever remember.

Hilary Barnes, a consultant physiotherapist from Swindon, pointed at her copy of the Mail on Sunday, screaming: "Oooh! Ah, ah! Eeeh, eeeh, eeeh!"

The BBC has now overhauled its autumn and winter schedules to consist entirely of members of the public and their pathetic attempts at tap dancing.

Meanwhile those who were not watching television devoted their Saturday night to getting drunk on a dangerously crowded train.