IRELAND completed a grand slam over England yesterday after beating them 3-0 at having a lovely afternoon tea.

The Irish outplayed a highly fancied England side in every area of the tearoom, from quiet stirring to applying just the right amount of butter to a scone.

National tea coach Bill McKay admitted his job was on the line and said it was some of the worst jam appreciation and drinking a cup of tea effeminately that he had ever seen from an England side.

Roy Hobbs, England’s leading pourer for the last three seasons, said: “I’ve had this niggling wrist injury which has been forcing me to stop half way through each cup.

“It doesn’t affect the temperature of the tea but it can create an awkward silence or force someone to miss-time their milk approach.

“Thank God we’re all still in one piece.”

Martin Bishop, England’s first person to say how nice the Battenburg is, added: “The pouring interruption threw me off and for the first time in my international career one of my team mates had to ask me how good the Battenburg was.

“It was amateur night out there this afternoon.”

Irish tea coach, Declan O’Flaherty, said: “Two months ago, if I had shown my team a cucumber three of them would have fainted and I would have been nailed to the floor by a priest.

“Now we’re better than England at eating one of them in a sandwich.”

The Irish have now sets their sights on defeating England at offering poor value for money and complaining about multiculturalism without really knowing what it is. 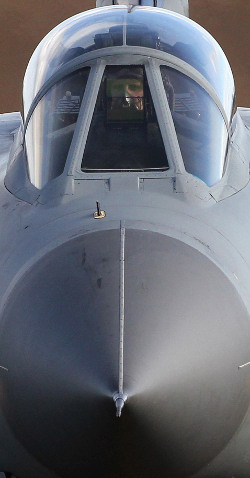 LOTS of people died in Libya last night, but it’s okay because they were baddies.

The baddies were killed by brave, good-looking pilots from America and Britain who went pee-eeeew… pew-pew-pew, in their big fast planes.

And while the big planes went ‘nee-ow’ and ‘ffwwwsh’ we also used something like a hundred Cruise missiles to kill some baddies who were hiding indoors like cowards.

The missiles are named after Tom Cruise because they are so handsome.

The baddies died after they killed a load of people who the prime minister says were probably very nice.

They even tried to protect themselves using kittens, but the good-looking pilots fired a special clever bomb that only kills baddies and the kittens got away and are now playing with a lovely pink ribbon.

More baddies will be killed today, especially if they are trying to run away.

The prime minister said the good-looking pilots will stop as soon as enough baddies are dead and the main one is living in something called a ‘Venezuela’.

Everyone will then come home and drink champagne and it will all be fine in the bad place because the probably very nice people will sort everything out for themselves.

The prime minister also promised really, really hard that there will be no need for handsome British soldiers to kill ugly baddies with their bare hands.

Apparently there were also some Frenchman there, no doubt getting in the way.