CHELSEA chief executive Peter Kenyon is to succeed Darth Vader when the Imperial enforcer steps down from his post next month. Kenyon also gets to wear the big, scary hat

Kenyon said he 'leapt at the chance' of carrying on the work of his mentor and was looking forward to strangling people with his mind.

He added: "Lord Vader had some interesting ideas on recruiting young talent, as do I. Jedi mind tricks and attempting to convert offspring produced mixed results.

"I prefer the more traditional route of throwing huge amounts of cash at foreign teenagers and will only slice their hand off if their agent is spotted anywhere in the Greater Manchester area."

According to Imperial sources Kenyon plans a three year £24m tie-up with Pepsi, a controversial move as Stormtroopers' uniforms have never carried a sponsors' logo.

But Kenyon did confirm plans for a £220m refurbishment of the Death Star to include four restaurants, a health club staffed by kidnapped princesses in gold lamé bikinis and 38 luxury apartments each with its own massive laser.

He added: "We are going to create the premier venue for conferencing, corporate hospitality and reducing rebel planets to their constituent atoms."

The Galactic Emperor Palpatine said: "I sensed Vader was losing his edge and I need someone who jumps out of bed every morning with a huge smile on his face and says 'what can I do today to help the Dark Side?'." 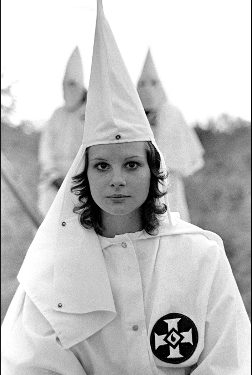 As Carter hit out at the right-wingers who have tried to derail Obama's healthcare reforms, millions of people shoved their tongues behind their lower lips while banging the backs of their hands together.

Tom Logan, professor of American history and politics at the London School of Economics, made a funny face and hit himself repeatedly on the head, shouting: "Ooh, look at me, I'm Jimmy Carter."

He added: "He is getting very old. Perhaps he's just woken up after a long nap."

Meanwhile Jim Bishop, a Democratic congressman from Pennsylvania, said: "I respect President Carter but I hope for his sake there's a Nobel Prize for stating the unbelievably obvious."

But anti-Obama campaigners rejected Carter's claims and insisted their protest was against socialism, before dressing up as 19th century doctors in long pointy hats and setting fire to a hospital bed on the White House lawn.

Lyle Stephenson, from Arkansas, said: "Listen here ya fancy ass Yankees, I ain't no racist and I sure done learned all about socialism after watchin' them electric pictures on the Fox News."

He added: "Socialism is an economic system brought about by them fuzzy haired folks with a fondness for fried chicken when they're not smokin' reefer cigarettes and bangin' on their bongo drums."

His friend, Billy McKay, said: "I never did trust that Jimmy Carter with his flared nostrils and his fat, rubbery lips.

"Seems to me that mibbes his great grandmomma might a lifted her petticoats for one of them big, ugly socialists."