Man with some knowledge of tennis simply insufferable

A MAN who knows about tennis from watching it semi-regularly is really making the most of it.

Usually a reserved character, Tom Logan has suddenly become gregarious, walking up to people he barely knows and attempting to engage them on events in SW19.

During a lunch break conversation about Wimbledon, Logan responded to a colleague’s joke about strawberries with a detailed analysis of Ernests Gulbis against Lukas Rosol.

Co-worker Stephen Malley said: “Before we knew it, he was praising Rosol’s topspin backhand. I never thought I’d hear the words ‘first serve percentage’ in the staff canteen.

“Someone made a game attempt to engage him on Andy Murray, but he seemed to prefer some Bulgarian qualifier we’d never heard of, who he says is going to be the next someone else we’ve never heard of.”

Logan said: “I watch a bit of the French Open and some of the US Open each year, which makes me one of the most passionate tennis fans in the country.

“I think my colleagues really liked having someone to guide them through the 128 players in the draw. I’m hoping some of them will join me watching Georges and Witthoeft versus Chan and Van Uytvanck later on.”

He added: “The rest of the year I am a nobody, trapped in a sporting ghetto of my own devising, but for this fortnight I can lord it over everyone like an empire. Or is it umpire? The guy on the tall seat.” 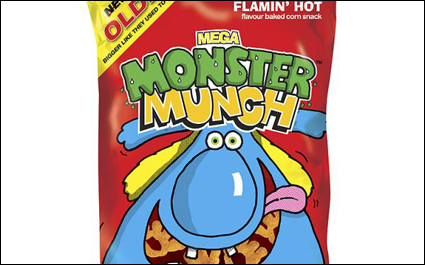 THE makers of Monster Munch have been told that ‘Flamin’ Hot’ is more of an abstract concept than an actual flavour.

Professor Henry Brubaker of the Institute for Studies said: “‘Roast Beef’ and ‘Pickled Onion’ are legitimate flavours derived, however tenuously, from real edible things that exist.

“But what on Earth is a ‘Flamin’ Hot’? Obviously that’s a rhetorical question – it’s not a flavour, it’s a temperature-based sensation.

“But weirdly they aren’t even hot. You may as with call them ‘Mirth’ or ‘Ennui’.”

“They are fucking delicious though.”