Millions To Watch Commonwealth Games To See If Something Collapses

MILLIONS of people who had no intention of watching the Commonwealth Games are now eager to tune in just to see if the stadium collapses.

Organisers had feared mass indifference to the world’s most irrelevant sporting spectacular but now anticipate record figures based on the treacherous state of the multi-hundred pound facilities.

Some of the best action is expected to be in the velodrome, which was completed in a personal best of just under two hours by a gang of Filipino infants and is really just of a lot of old magazines piled precariously on top of each other.

Meanwhile the bottom of the Delhi Commonwealth pool was finished late last night with some sheets of grease-proof paper and a couple of packs of India’s version of blu-tak.

Sports construction analyst Stephen Malley said: “About three or four seconds into the men’s 100m backstroke the bottom should give way and all the swimmers will be sucked down what will look to the TV viewers at home like a giant plughole. God only knows what happens to them after that.”

Audiences can also look forward to seeing some of the world’s least famous athletes competing while severely traumatised from spending the night in the Commonwealth Village.

Malley added: “Watch out for the Canadian long jumper Kirk McKenzie lying on the track weeping like a grandmother and trying to wash himself with a single sheet of wet toilet paper.

“It is going to be a challenge to break 8.5 metres when you’ve been sitting up in bed all night, clutching the blanket to your chin and listening intently for signs of chronic structural weakness.”

Experts said the exciting gap between the promise and the reality of Delhi’s Commonwealth facilities reflected the amazing richness and diversity of India in the 21st century.

Tom Booker, author of India: Land of Fuck Me, What’s that Stench? said: “Remember this is a society with cholera and a space programme. It is a society divided between the 20 or so people who appear on the Sunday Times Rich List and think the entire world looks like the lobby of a five star hotel and the other billion who live knee deep in their own shite.”

He added: “Given that about 80 people die in India whenever someone opens a cupboard, if they can keep the Commonwealth Games death toll to under 3000 it should be regarded as unqualified success.”

ITV Launch 'You've Been A Shit' 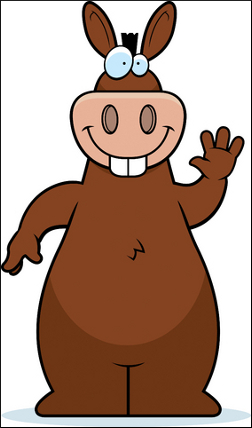 ITV is to refresh its Saturday night schedules with the motiveless abuse show You’ve Been A Shit.

Members of the public will be invited to send in clips of them tying dogs to motorway central reservations and psychologically bullying the mentally fragile.

Abandoning the traditional message assuring viewers that nobody was hurt, a large part of YBAS will be devoted to detailing the lasting physical and mental damage to all those involved.

Producer, Bill McKay, said: “Anyone who’s been outdoors for more than 12 seconds will know that Britain is crammed to bursting with slate-eyed, donkey-punching sadists who love nothing more than watching shaky footage of other sadists pissing on the dying embers of mankind’s decency.

“With funny graphics and a swanee whistle.”

Carlisle recidivist and banned pet-owner Wayne Hayes said he could not wait for the new show.

“I’ve got some mint footage of our little Glee setting fire to her classmate’s hair on an iPhone I nicked from our social worker. How much do I get for that?”

McKay added: “Thirty years ago, this sort of thing would inevitably have inspired the likes of Huw Wheldon to commission a 12-part documentary exploring the various political, economic and sociological factors.

“But instead we’ve got a third-rate stand-up laughing over footage of a Bangladeshi off-license owner being chased by a Doberman.”