Mourinho and Drogba still only on cheese course

MANY hours after they sat down together, José Mourinho’s candlelit dinner with Didier Drogba is still not finished.

The pair, who enjoyed an excellent relationship at Chelsea between 2004 and 2007, made plans to catch up and reconnect after the Blues Champions League victory over Drogbas current club Galatasaray.

Waiter Stephen Malley said: They spent an hour or so talking about the game, their jobs, their families, the usual stuff.

“By the time I came to clear their starters theyd moved on to the weather, the economy, and if football meant anything in the grand scheme of things.

I refilled their wine glasses during the pasta course and they were discussing the importance of friendship in difficult times.

The duo reportedly reminisced about Drogbas most satisfying dives while washing down a sea bass with a bottle of Sauvignon blanc.

Sources report they switched to red for the meat course and a tearful heart-to-heart about how everything theyd achieved at Chelsea meant so much more because theyd achieved it together.

Mourinho and Drogba have now decided to split a board of camembert while swapping bawdy anecdotes about Avram Grant.

Restaurant manager Mary Fisher said: They look so happy. Theres nothing like quality time with someone who shares your view of the world – as something to be steamrollered into submission for the sake of personal glory. 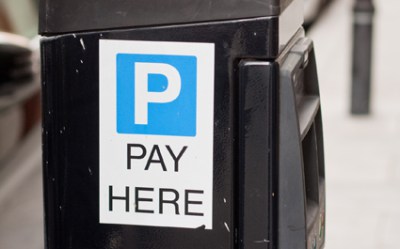 A MACHINE dispensing parking tickets does not give change purely because it is owned by mean-spirited scumbags.

The Institute for Studies found there was no compelling reason why the machine could not return any over-payment and was clearly the work of shits.

Professor Brubaker explained that people who pay for things have every right to expect the return of surplus payment.

He added: “Imagine the CEO of Parking Corp goes into a bookshop and purchases a £6.99 book, probably a manual about how to be a bigger bastard, with a tenner.

“Then they won’t give him his change because they ‘can’t’, despite having a till that is clearly full of change. He’d go apeshit and understandably so.

“But it would serve the bastard right.”